Disney will begin removal of the landmark "California" letters outside of its California Adventure theme park on January 4, as part of an ongoing $1.1 billion series of updates.

The letters, which stand 3.5 metres tall, have been in place outside Disney California Adventure since the park's 2001 opening. Disney also plans to remove the replica Golden Gate Bridge which sits just inside the entrance, to be replaced by an all-new entrance area. The company says it will retain the letters for "possible future use". 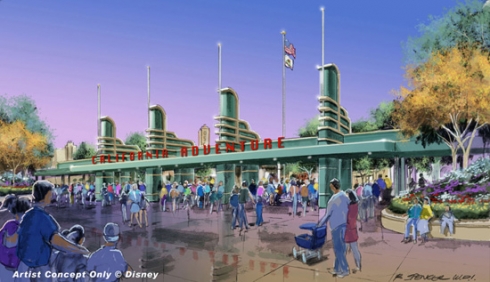 An artist's rendition of the new entrance to Disney California Adventure.Image © Disney

The new entrance will extend outwards to where the letters currently stand, with the Golden Gate Bridge replica being replaced by a series of arches. Overall, the result will look similar to the entrance at Disney's Hollywood Studios in Florida. 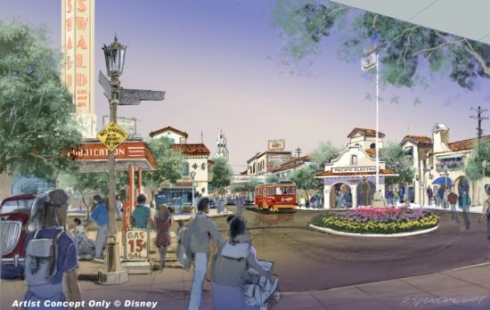 Guests will no longer enter the park onto Sunshine Plaza, which is also undergoing major surgery to become Buena Vista Street. Named after the Burbank street on which the original Walt Disney Studios are located, it is designed to resemble 1920s Los Angeles. A key feature of the new area will be a replica of the Carthay Circle Theater, which hosted the world premiere of Walt Disney's Snow White and the Seven Dwarfs in 1937.

The extensive renovations to Disney California Adventure have already seen a major overhaul of the Paradise Pier area and the debut of the World of Color nighttime spectacular. In 2011, E-Ticket attraction The Little Mermaid: Ariel's Undersea Adventure will open, with the renovations being capped by the completion of the 12-acre Cars Land expansion in 2012.