The backers of the proposed Orlando Thrill Park have revealed details of its planned attraction line-up, with a total of 14 major rides included in the list.

Details of the rides were reported by the LA Times in a detailed story on Wednesday, which also reveals that the Orlando Thrill Park is tentatively scheduled to open in summer 2013. Although the planning process is likely to see the roster of attractions undergo significant change, it is clear from the proposals that the park will be squarely targeted at thrill-seekers who might not be fully catered for by the area's many other theme parks.

The current plans call for the installation of rollercoasters from major manufacturers including Intamin, Vekoma and Mack, alongside a range of flat rides from companies including S&S Power and Mondial. Full details of the proposed rides are given below. 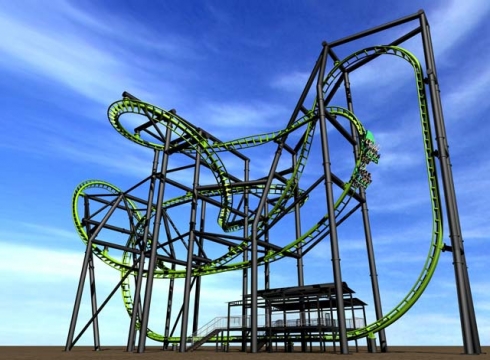 Orlando Thrill Park could be the first park in the US to host a Vekoka Stringray. Image © Vekoma

The array of rollercoasters at the Orlando Thrill Park is intended to include: 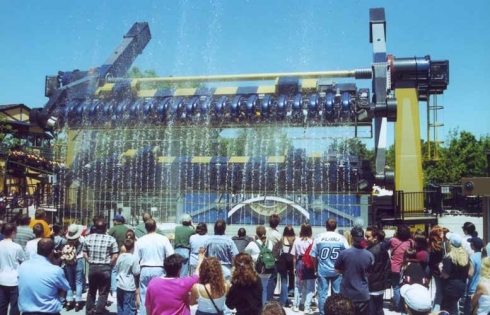 Mondial's Splash Over is set to soak guests at the Orlando Thrill Park. Image © Mondial

The Orlando Thrill Park is due to include a range of white-knuckle attractions alongside its many rollercoasters. In the early plans are:

Full details of the attraction line-up for the Orlando Thrill Park can be found in the LA Times' image gallery.

Spokesman Chuck Bell claims that the Orlando Thrill Park will feature no theming, no costumed characters, no dark rides and few shows. Instead, it will aim to host a constantly-updated set of cutting-edge thrill rides, which will be replaced on an ongoing basis.

If the Orlando Thrill Park does move into development, it will face fierce competition in the Orlando theme park market. The area is home to Walt Disney World, the Universal Orlando Resort and SeaWorld Orlando. Busch Gardens Tampa and the under-construction Legoland Florida are also located within driving distance.