Drayton Manor will add a Vekoma "Junior Boomerang" coaster in 2011, according to an interview with one of the ride manufacturer's executives.

Peter Van Bilsen, Senior Vice President of Marketing and Sales at Vekoma, revealed the park's plans in a video interview with Theme Park Review's Robb Alvey at last week's IAAPA Attractions Expo. In the video, embedded below, Van Bilsen refers to a "Junior Boomerang for Drayton Manor" as one of the company's projects for 2011 (the interview can be seen at the 10:40 mark).

Drayton Manor has previously confirmed that it will the replace Sombreros attraction with a new ride for the 2011 season, with rumours having suggested that a new Vekoma family rollercoaster could be on its way to the park. These rumours appear to have been accurate, with a variation on the manufacturer's classic Boomerang design set to join the park's coaster line-up. 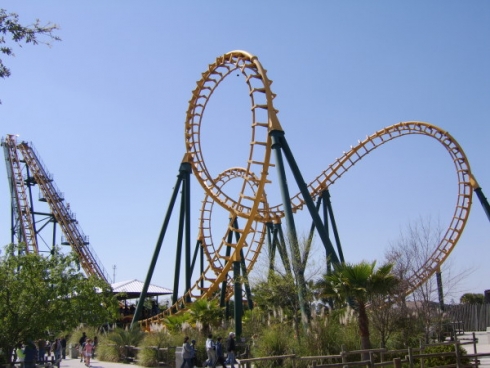 Little is known about the Vekoma Junior Boomerang design, although its name suggests that it will be a non-looping rollercoaster that features a "shuttle" design. This would see it traverse the track in a forwards direction, before completing a return trip with riders facing backwards.

Drayton Manor is due to start its Magical Christmas events this Saturday (November 27), with the events running through January 2, 2011 (excluding December 24, 25 and 26). As part of the celebrations, Thomas Land will be transformed into a "winter wonderland", featuring thousands of decorations and lights. 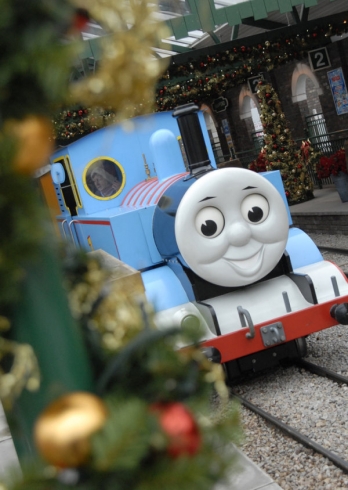 Magical Christmas will also feature a special festively-themed 4D movie, Sleigh Ride 4D. A trailer for the movie, along with full details of Drayton Manor's holiday events, can be found in TPT's recent news story.