The Ferrari World Abu Dhabi theme park has delayed its opening date until November 4, despite reports that it had opened as planned on October 27.

The park claims that the last-minute change of plans was made out of respect for the loss of Sheikh Saqr bin Mohammed Al Qasimi, who died the day before the park's scheduled opening day. The Sheikh was the ruler of Ras Al Khaimah, once of Abu Dhabi's fellow United Arab Emirates. The decision to delay the public opening by a week caught many news outlets on the hop, with CNET and ITN among those to report that the park had already opened.

The grand opening of Ferrari World will not actually take place until December, with late October and November being viewed as an "inaugural period" in which technical and operational problems will be ironed out. It is set to open six days a week, operating from noon-10pm on Sundays, Tuesdays and Wednesdays and from noon-12am on Thursdays, Fridays and Saturdays. 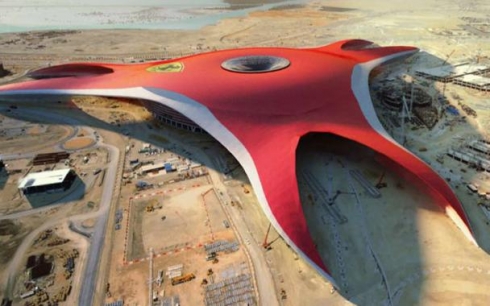 The majority of Ferrari World Abu Dhabi will be hosted inside a huge building which spans 200,000 square meters, making it the world's largest indoor theme park. The building is designed to resemble the side profile of the Ferrari GT body, and features Ferrari's famous "prancing horse" logo on its roof.

The Formula One-themed park will feature 20 attractions when it opens, including the world's fastest rollercoaster - Formula Rossa. Featuring a launch section that propels riders to speeds of up to 149 miles per hour, the coaster is designed to evoke the experience of driving in a Grand Prix.

The revised opening date for Ferrari World Abu Dhabi will come ten days prior to the last F1 Grand Prix of the 2010 season, which will take place at the Yas Marina circuit where the park is located. The park's operators, Farah Leisure Parks Management, hope that it will appeal to families and motorsport enthusiasts alike.

Ferrari World Abu Dhabi was expected to be the first of many new theme parks to open in the United Arab Emirates, with the majority planned for neighboring Dubai. However, the debt crisis which has engulged the smaller emirate has caused many of the proposed parks to be put on hold. The highest-profile park, Universal Studios Dubailand, is now scheduled to open no earlier than 2012.