The Orlando Sentinel reports that the permits indicate that the former BET Soundstage and Adventurers Clubs venues will be pulled down as part of the planned construction work. Although the permits do not give specifics on what will replace the former nightclubs, Disney has previously stated that a mix of family-friendly dining and retail options will be built in the Pleasure Island area. 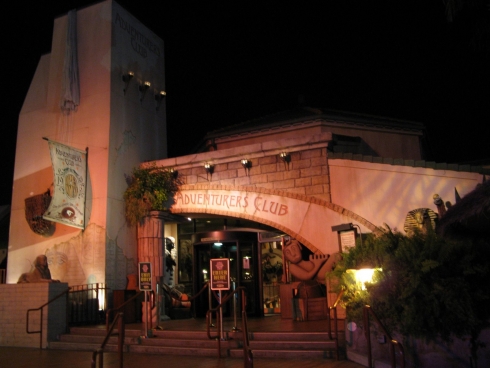 Disney has so far declined to discuss its plans for Pleasure Island in detail, although it says they will make an announcement within the next few weeks. It is aiming to complete the refurbishment of the area by 2012, having originally closed its six nightclubs in September 2008.

Pleasure Island is located in the Downtown Disney entertainment and shopping district, and was aimed squarely at adults when it opened in 1989. In addition to its range of nightclubs, it offered street parties, live music and free-flowing cocktails, proving popular with locals as well as resort guests. However, attendance began to decline during the last decade and Disney announced the closure of the nightclubs in June 2008.

The area is currently sparsely populated, with little work having been carried out in the two years since the closure of the entertainment venues. Two new restaurants, T-Rex Cafe and Paradiso 37 were opened in 2008 and 2009 respectively.