Theme parks around the world kick off Halloween 2010 celebrations

The traditional Halloween season is set to get fully underway at theme parks around the globe this weekend, with a variety of terror-inducing and milder events on offer.

Also underway is the popular Haunted Halloween celebration at Hong Kong Disneyland, which has enthusiastically embraced the Halloween tradition since its opening five years ago. Alongside a new parade and fireworks display, the Space Mountain rollercoaster will be rethemed as "Ghost Galaxy" for the duration of the celebrations. Further events will take place on Thursdays-Sundays from September 23-October 31. 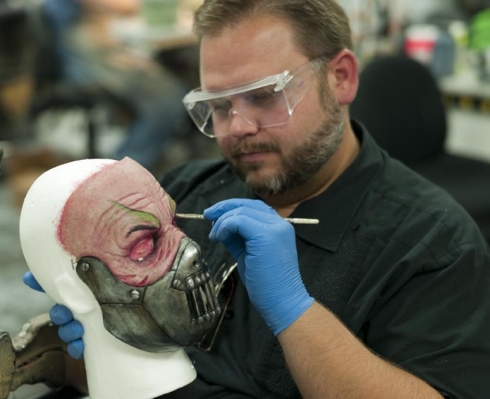 Due to start on Friday (September 24) are many of the terror-inducing Halloween events aimed at a more mature audience. This includes Universal's Halloween Horror Nights events, which will get underway at Universal Studios Florida and Universal Studios Hollywood this weekend. The twentieth version of the Florida event will be focused on "Fear" himself, while Hollywood's Horror Nights will feature eleven attractions based on classic horror movies and characters.

One of the world's longest-running and highest-profile theme park Halloween events, Knott's Berry Farm's Halloween Haunt, will run every evening from September 24-October 31 (except September 29). The 2010 event will feature some thirteen horror mazes, as well as the traditional annual version of the The Hanging comedy revue.

In the UK, the spooky celebrations begin slightly later - with Thorpe Park's Fright Nights due to take place on October 8-10, 15-17 and 22-31. The event will feature four temporary horror mazes in addition to the permanent SAW Alive maze which operates year-round. Meanwhile, Alton Towers' popular Scarefest event will run daily from October 16-31, featuring a mix of adult horror mazes and family-oriented entertainment. Theme Park Tourist will be in attendance at the opening days of both events, with reviews appearing on the site shortly thereafter.