Universal Orlando has confirmed that the Hollywood Rip, Ride, Rockit rollercoaster will remain closed for an extended period, although it denied that a serious fault in the ride's design was to blame.

Hollywood Rip, Ride, Rockit could face several weeks out of action as it undergoes "annual maintenance", although Universal has refused to be drawn on a reopening date. The company denies that the closure of one of Universal Studios Florida's headline attractions is due to fault in the ride's trains revealed in a letter from manufacturer Maurer Söhne as speculated last week.

Maurer Söhne's letter, dated September 2, reveals that the coupling bars and coupling elements on the Rockit are not "fatigue endurable", and that Maurer Söhne is working on a fix that won't be available for approximately 2-3 months. Universal released a statement on Friday afternoon stating: "We are obsessive about safety. We have aggressive inspection and safety programs in place for all our rides and attractions. Those programs meet or exceed all manufacturer guidelines. Anything in a September 2nd manufacturer's advisory would have been dealt with weeks ago. Hollywood Rip Ride Rockit is temporarily closed for unrelated maintenance." 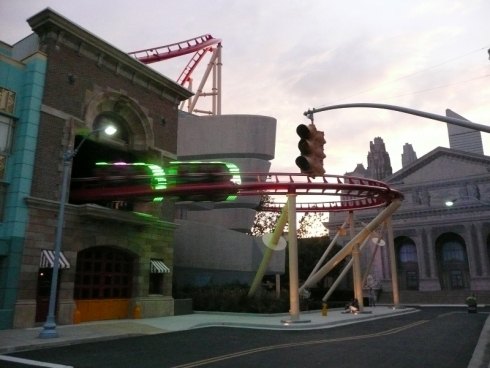 The Orlando Sentinel now reports that the park has decided to use the unscheduled maintenance period to bring forward annual refurbishment work on the Rockit. Spokesman Tom Schroder told the paper: "For us, it makes sense to take advantage of the fact that it is already closed for maintenance and perform additional annual maintenance work."

The music-themed ride has received a mixed reception from coaster fans, with some complaining that it is too rough. However, Theme Park Tourist gave it a positive review after attending the ride's soft opening in August 2009.