The unique new attraction will see guests boarding on-rails vehicles for a trip through numerous marine exhibits and a LEGO recreation of the lost city of Atlantis, which will be "guarded" by live sharks. It marks the latest attempt by owner Merlin Entertainments Group to integrate its Sea Life brand into its theme park properties around the world, and it will be the first in-park Sea Life centre to incorporate an actual ride system.

Theme Park Tourist visited LEGOLAND on September 4, finding preparatory construction work already underway towards the rear of the park. The Dino Dipper attraction in Adventure Land will be relocated to make way for the new attraction, and fansite Completely LEGOLAND Windsor reports that the attraction has already been closed. Nearby Dino Safari has also been temporarily closed but is expected to reopen in 2011. 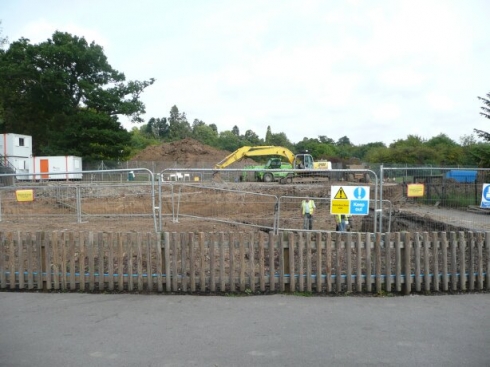 Project Atlantis will share its theme with an existing attraction at Denmark's LEGOLAND Billund. The Danish version differs from the the proposed attraction at LEGOLAND Windsor, in that it does not include a dark ride transit system. Instead, riders watch a pre-show on-board a "submarine", before walking through a number of marine exhibits including a large underwater tunnel. 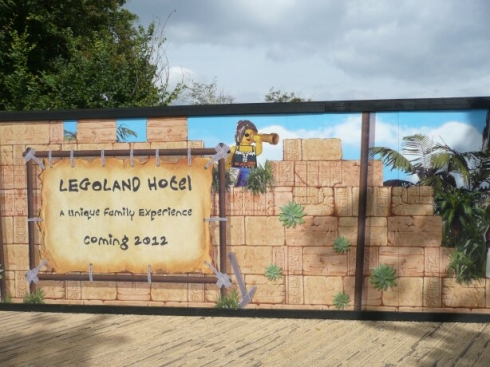 LEGOLAND Windsor plans to open an on-site hotel in time for the 2012 Olympics.

The addition of Project Atlantis will help to compensate for the removal of the Jungle Coaster, which is set to find a new home at LEGOLAND Florida in 2011. The coaster quickly became popular when it opened in 2004, however due to noise complaints from local residents and the need to find space for an on-site hotel (due to open in 2012) it was closed in 2009.

You can find more images from Theme Park Tourist's recent visit to LEGOLAND Windsor in our exclusive gallery.