Planet Snoopy coming to Dorney Park, Worlds of Fun and Valleyfair in 2011

Cedar Fair has confirmed that Dorney Park, Worlds of Fun and Valleyfair will all open multi-million dollar Planet Snoopy areas for the 2011 season.

Snoopy-themed sections have already opened at a number of other Cedar Fair parks in 2010, replacing the Nickelodeon Central areas that previously acted as the parks' main children's areas. The operator has now decided to further exploit its license to use the Peanuts characters by adding expanded lands at three further parks. 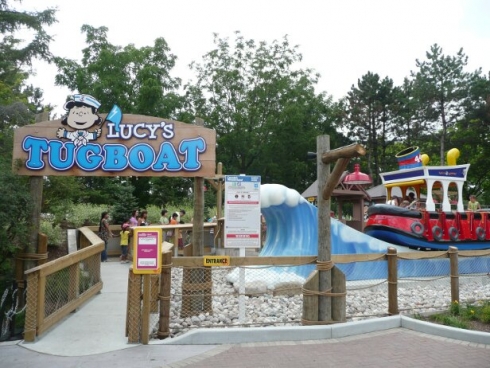 Attractions such as Lucy's Tugboat are on their way to Valleyfair, Worlds of Fun and Dorney Park

At Valleyfair, a $9 million expansion will replace the existing Kidworks section in May 2011. Featuring six new rides and seven rethemed attractions, the area will cover seven acres. The Planet Snoopy area will celebrate the work of Snoopy creator Charles Schulz, a native of nearby St. Paul.

Meanwhile, Dorney Park will spend $8 million expanding its existing Camp Snoopy area (which will be renamed as Planey Snoopy). Seven new rides will be part of the new land, including attractions that will be familiar to visitors to other Planet Snoopy lands: Flying Ace Balloon Race, Linus Launcher, Snoopy’s Sky Ride, Peanuts 500, Fire Chief, Snoopy's Junction and Woodstock's Whirlwinds.

Worlds of Fun will also update an existing Camp Snoopy area, spending $5 million on its conversion into a full "Planet". Six brand new rides will be added to the area, all of which are themed versions of traditional "kiddie" attractions.

The move to replace Nickelodeon-themed attractions at Cedar Fair parks was widely reported as a cost-cutting exercise, with Nickelodeon believed to be demanding significant royalties for the use of its characters. The older Peanuts cartoons may command lower royalties, although the expansion of the concept into further parks suggests that Cedar Fair views the existing Planet Snoopy areas as a significant success.

Theme Park Tourist recently visited the new Planet Snoopy at Canada's Wonderland and will cover it in-depth in an upcoming feature.