Universal Orlando will officially open its $200 million Wizarding World of Harry Potter to the public on Friday, June 18, despite receiving a bomb threat on Thursday night.

The long-anticipated grand opening of the Wizarding World will take place at 9am at the Islands of Adventure theme park. Universal is expecting huge crowds to descend on the park, and will open its parking lot at 5.30am in order to allow Potter fans to begin queuing early.

The bomb threat was received at about 8pm, and Orlando police are investigating. The caller did not give specific details and the resort was not evacuated, with Universal saying: "We are dedicated to the safety and enjoyment of our guests. We are working closely with law enforcement and taking all appropriate action." 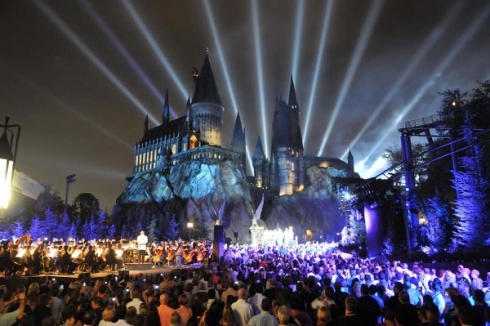 On Wednesday, stars of the Harry Potter movies took part in a media launch for the Wizarding World, which included a spectacular firework display above Universal's recreation of Hogwarts Castle. Also in attendance was legendary composer John Williams, who conducted a performance by the Orlando Philharmonic Orchestra. 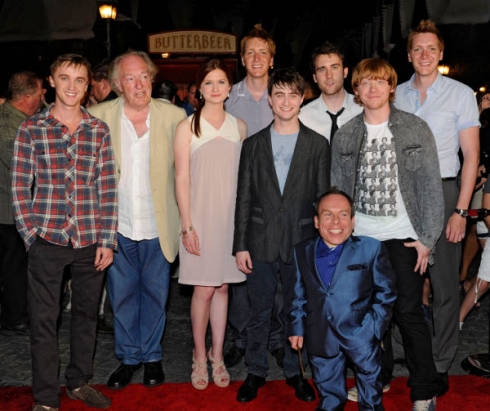 Harry Potter himself - Daniel Radcliffe - was in attendance and told MTV: "When we heard they were doing a 'Harry Potter' theme park, it's one of those things where you think that can go either way. In the wrong hands, that would not have been impressive, but these guys have just done the most bang-up, amazing job. The care and love that has gone into this park is equal to what we put into the films, and that's what makes this very special and authentic."

Although Universal kept details of the Wizarding World's rides, shops and restaurants close to its chest during construction, few surprises are expected to be revealed following the grand opening. The area has been open for a series of "technical rehearsals" over the last few weeks, enabling members of the public to experience stepping into Harry Potter's world for the first time - and to post a number of reports and reviews online.