The Great Yarmouth Pleasure Beach amusement park in the UK is to open a new 4D cinema in June 2010.

The 30-seat cinema will reportedly cost the park £200,000 to install, and will initially show 2 films produced by Red Star Studio - The Curse of Skull Rock and Dracula 4-D. The cinema is expected to open following delivery of the 4D equipment on June 1, and will include moving seats, water spray, air blasts and other effects familar from 4D attractions around the world.

The free-to-enter park is yet to reveal the cost of viewing one of the 4D films, or whether they will be included as part of the park's "unlimited ride" wristband offer. The most expensive attraction at the park is currently the historic Roller Coaster, which costs £3 per ride.

The cinema is currently under construction close to the park's Pirate Ship and Fun House attractions, as shown in the images below: 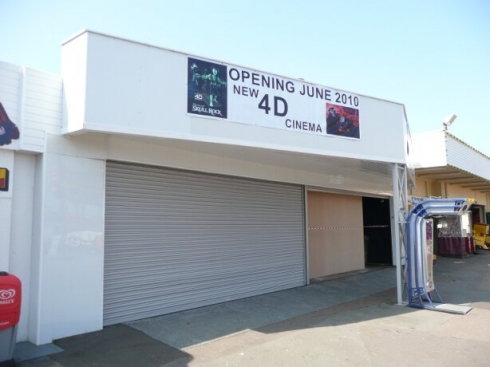 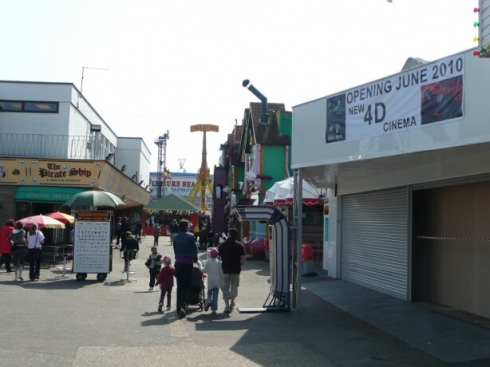 The Curse of Skull Rock is an adventure story about pirates, which has already been seen at a number of other theme parks including at Drayton Manor for the 2009 season. The film's plot features a quest to find a cursed treasure, and it won the Best Children’s Animated Film award at the Stuttgart Film Festival in 2008.

Dracula 4-D is Red Star's follow-up to The Curse of Skull Rock. Described as a "spooky action comedy", the film sees teenager Kevin and his dad "accidentally awaken the sleeping vampire Dracula", leading to a chase through a creepy castle. The 4D version of the movie will run for 4 minutes.

You can find more images from Theme Park Tourist's recent visit to Great Yarmouth Pleasure Beach in our exclusive gallery.