Studio Tram Tour: Behind the Magic At Walt Disney Studios

Universal Studios Hollywood popularised the behind-the-scenes movie studio tram tour, and it was inevitable that Walt Disney Studios would receive its own version. However, as the park doesn’t actually host a working studio, the tour is made up largely of transplanted sets from Disney movies and one major set-piece.

Studio Tram Tour: Behind the Magic departs from the Hollywood Boulevard area. Guests board trams that can hold up to 168 guests, each of which is equipped with video screens that play commentary in multiple languages (Jeremy Irons provides the English voiceover). These pass two large-scale sets. The first is from Dinosaur, a Disney movie released in 2000 that combined live-action with computer-generated prehistoric creatures. The second is a semi-destroyed area of London from 2002’s Reign of Fire.

The tour’s headline element is the Catastrophe Canyon special effects scene, which is a clone of the original at Disney’s Hollywood Studios. This uses a combination of a moving platform, vast quantities of water and pyrotechnic effects to simulate a devastating flood.

The Studio Tram Tour previously featured a slightly longer route that included a trip past an aircraft hangar from “Pearl Harbor”. This was curtailed in 2009 in order to make room for the Toy Story Playland area.

Photos of Studio Tram Tour: Behind the Magic 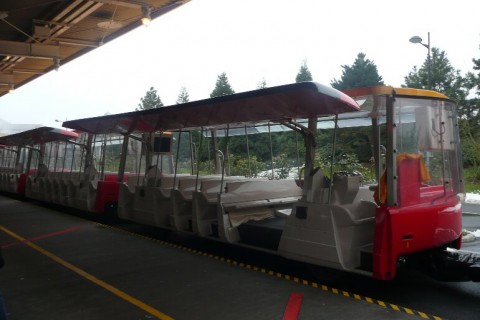 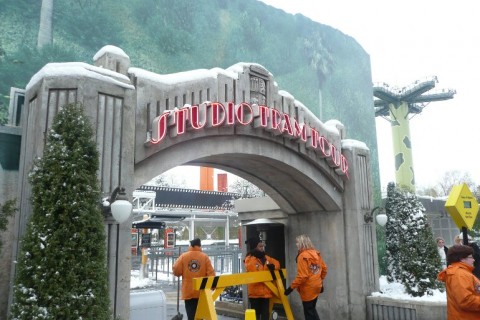 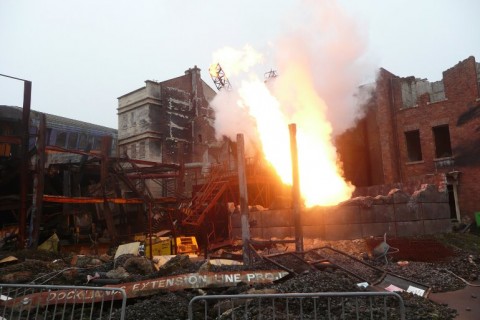 See all photos of Studio Tram Tour: Behind the Magic

Reviews of Studio Tram Tour: Behind the Magic

Sorry, there are currently no reviews for Studio Tram Tour: Behind the Magic .