Based around Bruce Willis’ 1998 disaster movie Armageddon, Armageddon: Les Effets Speciaux is designed to offer an insight into how the special effects for such movies are produced. Guests are taken through in groups of around 170, with two pre-show areas being used to stagger their progress through the attraction.

The pre-show sets the scene for the main show, with guests being joined by both a live host and by Michael Clarke Duncan (who played the character of Bear in the movie) via video. Guests discover that they are about to take part in the “filming” of a scene set on Space Station Mir, which is in the path of a meteor that is on a collision course with Earth.

Guests then move into the main area, which recreates the inside of Mir. A number of special effects are used to create a sense of being caught up in the movie’s action, including flickering lights, raining meteorites outside the “windows”, burning gas and a large explosion. 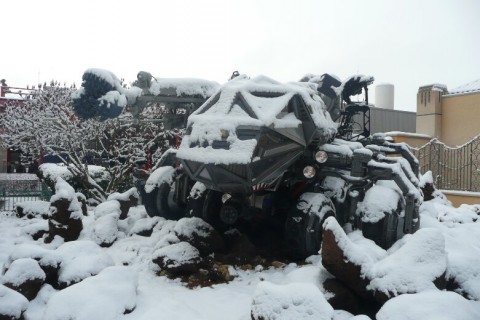 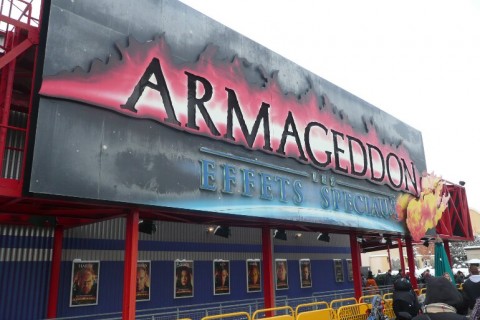 Sorry, there are currently no reviews for Armageddon Special Effects .