On May 25, 2011, Six Flags Great Adventure in Jackson, New Jersey unveiled its newest coaster, Green Lantern, a 154 feet tall, 63 miles per hour thrill ride. Situated next to Superman: Ultimate Flight, Green Lantern replaced the Great American Scream Machine, a Six Flags mainstay for over 20 years. Like its neighbor, Green Lantern is named after a DC Comics superhero, however, it delivers a very different experience, having the rider stand fully upright during the entire two-and-a-half minute ride.

Although new to Six Flags Great Adventure, Green Lantern has been in the Six Flags family since 1997. Previously located at Six Flags Kentucky Kingdom, this 4155 feet long beast went by the name of Chang. Built by Bolliger & Mabillard, the coaster debuted to world record breaking proportions as the fastest, longest, and tallest stand-up coaster in the world. 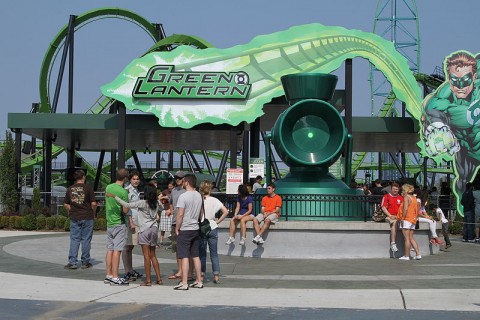 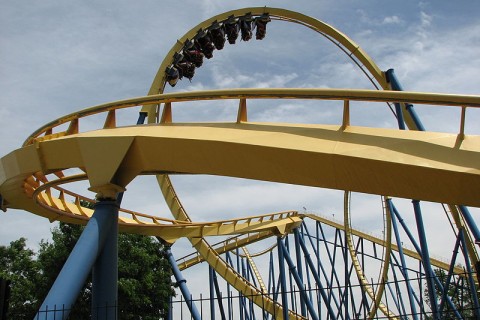 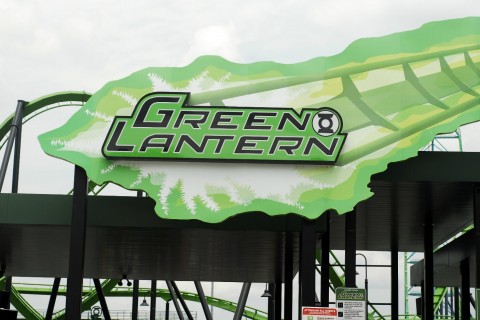 See all photos of Green Lantern

The Ride was very painful for me and I followed the instructions given for riding. The most painful time were during the drops the rear of me thighs felt like they were trying to explode from the inside. After this ride I was ready to go home. It took a few hours after the ride for my legs to recover. I will say that in comparison my 18 year old son didn't have any issues. I think the park needs to review this ride to come up with the reason and some cautionary guidelines for this ride to prevent the leg pain. I would not attempt this ride ever again.

Submitted by Anonymous (not verified) on Wednesday, September 2, 2015.

Your head smashes between the restraints causing a headache. Very disappointing ride.

Submitted by Anonymous (not verified) on Wednesday, September 2, 2015.

Your head smashes between the restraints causing a headache. Very disappointing ride.