This shark-themed roller coaster was the tallest, fastest and longest in Orlando when it opened in 2016.

Manufactured by Bolliger & Mabillard (who also built the park's most recent coaster, Manta), the hypercoaster stands some 200 feet tall, and hits a top speed of 73 miles per hour as it races around a 4,760 feet circuit. The coaster boasts a number of airtime hills, as well as a unique new feature dubbed the "Hammerhead turn" (a tight U-turn to the right).

The sheer height of Mako means that it isn't integrated into its surrounding environment in the same way that the visually impressive Manta is, but SeaWorld claims it gives guests a sense of the awesome speed of the real-life Mako shark. The train dips close to the water on the park's lake on several occasions. 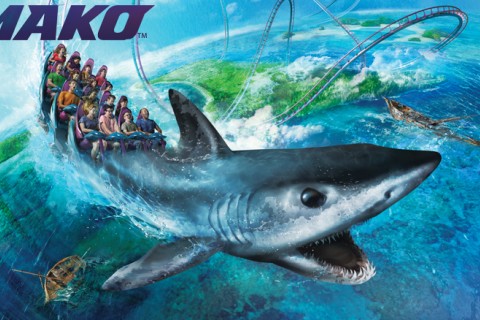 See all photos of Mako

Sorry, there are currently no reviews for Mako .