Hersheypark opened its new roller coaster for the 2012 season, Skyrush, in time for the busy Memorial Day weekend.

Skyrush towers some 200-feet over the Pennsylvania park, and hits a top speed of 75 miles per hour and the bottom of its 85-degree first drop. It became the first new coaster to open at Hersheypark since Fahrenheit in 2008, having been under construction since mid-2011.

Located in the Sunken Gardens area of Hersheypark, Skyrush features five "airtime" hills and a series of high-speed turns. The coaster boasts unique 32-seat trains, which seat riders four-across. These include both floored and floorless seats, enabling guests to experience two very different versions of the ride. 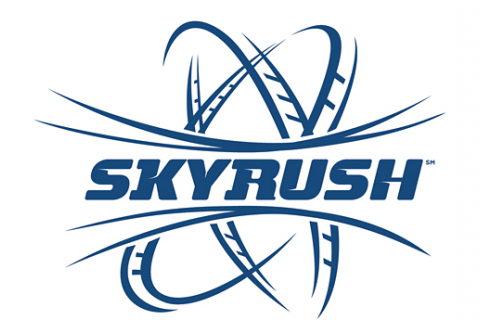 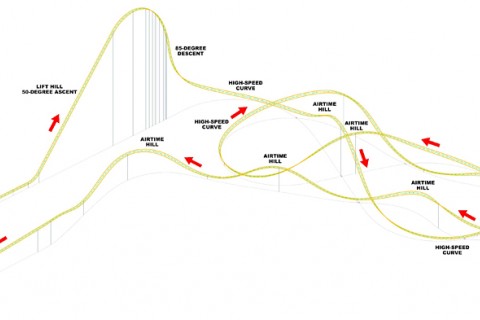 See all photos of Skyrush

This ride is among the most intense in the world. It provides ejector airtime over every hill and features lap bar only trains, making the ride more comfortable.

Most painful roller coaster I have ever experienced

I love roller coasters. From Disney and Islands of Adventure to Busch Gardens, Dollywood, all the east coast Cedar Fair Parks and my home park, Hersheypark, I have experienced and enjoyed the most thrilling coasters the parks have to offer - MF, TTD, Maverick, Magnum, Intimidator305, Leviathan, Behemoth, Hulk, B&M inverted and floorless beauties, wood coasters such as Mean Streak and The Beast. I love many Intamin coasters listed above. With that said, Skyrush (Painrush or Thighcrush) is the most painful coaster I have ever been trapped on. Three times I tried it. Wrenched back twice and crushed thighs once. PAIN! Never again.

Wow! Easily one of the most extreme coaster in America. The airtime on this monster is simply insane. My advice is to ride in the last row of the train and get catapulted over the top of the first hill and into one of the best first drops on any coaster. A must ride at HersheyPark!