Soarin’ Around the World At Epcot

Located in a high-tech aviation center, this attraction places guests on a hang-gliding adventure over various world landmarks, including the Great Wall of China, the Sydney Harbor in Australia, the Matterhorn in Switzerland, The Great Wall of China, the Pyramids of Egypt and the Taj Mahal in India. The 180-degree, 80-foot IMAX digital projection dome and aerial film footage, gives a quite realistic experience of "Soarin" above the landscape.

Photos of Soarin’ Around the World 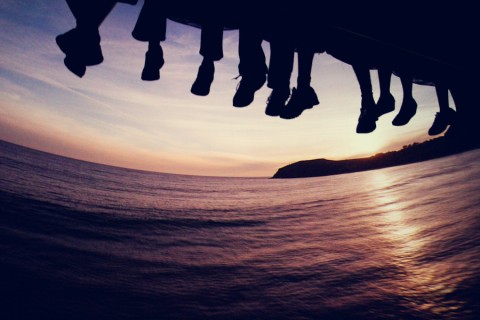 See all photos of Soarin’ Around the World

Reviews of Soarin’ Around the World

Submitted by SparklinDiamond on Tuesday, September 17, 2013.

I know some people dislike this ride and think it to be boring, but I personally love it. I find it so unique to other rides I have been on and it is very cleverly done. I agree that the film itself looks grainy and a bit outdated nowadays but I still love it regardless. And the queue area with its interactive section is awesome for keeping you occupied in those long queues.

I have been on this ride many times at both EPCOT and Disney California Adventure and I am continuously baffled by the response, (and queue times) it receives. Perhaps it's the upkeep. Every time I have taken a "flight," the screens have been dirty and grainy, something I'm immediately drawn to. If there were a story to the ride, something that engages me more, I would be able to find it more enjoyable. I'm not saying I need Iago screeching by, telling us to head for the Golden Gate Bridge, but I continue to find this ride unimpressive each time. Perhaps the rumored "Soarin' Around the World" might prove to be more engaging, but based on the basis of the ride, I may be disappointed.

Soarin' - one of my favorite attractions in all of World Disney World - is the closest I (and probably many others) would want to come to soaring through the air on a hang-glider......and that's perfectly fine for me.

Based off the existing attraction from Disney's California Adventure theme park, the Florida version is housed in Epcot's "The Land" pavilion. It is one of the most popular attractions in the park, for good reason, so if you plan on trying it out, be sure to either go very early or make sure you grab a FastPass at some point in the day so your wait time is minimal.

You will be assigned to different rows (1, 2, 3) and will first hear your pre-flight safety briefing (by actor Patrick Warburton). Then, the doors open and you enter the main room, row by row, and then you sit, stow your items beneath you (if you have any) and buckle yourself in. After a minute for the cast members to verify everyone is in safely, the room will go dark (save for a few glowing lights around the base of the 80 ft (in diameter) IMAX screen you will be raised in front of shortly. You'll soon hear "ready for take-off" and then you will feel yourself lifted up into the air (max height is 40 ft). Then the screen comes on and you'll feel like you're already flying high above the clouds as the IMAX screen surrounds your field of vision (in front and peripheral) and the rousing (Jerry Goldsmith-composed) Soarin theme begins to play, and you're off on your high-flying adventure of the beautiful vistas of the state of California.

You don't have to worry about actually moving too much, other than the occasional slight dip or shake of your seats (not nearly enough to make you motion sick, don't worry). The film playing in front of you is more than enough to immerse you into the experience of flying above and around mountains, citris groves, deserts, the ocean, and so on.

Not only are you able to see the beauty around you, hear the various sounds, and feel the breeze on your face as you continue to soar from place to place, but at various points throughout the experience you are also able to SMELL different things as well. Scents pumped into the various scenes include citris (oranges), pine, and ocean spray. All of this comes together to give you an incredible experience.

As far as anything negative, my nitpicks are few and small: (1) the film has been played so many times that it's incredibly grainy and in need of cleaning up/restoration, and (2) for being an attraction in Disney World in FLORIDA, the film really ought to be about the natural beauty of Florida rather than California (although I hear various rumblings about Disney working on a new film).

Soarin', if the point hasn't been made, is one of my absolute favorite attractions in all of Walt Disney World. I can't imagine going on a trip there without doing it at least once (or twice, or three times, etc...), and I have no doubt that if you've never done it before and you decide to try it, you'll feel the same way. It's one of Disney's best, and should not be missed.

(TIP: For the best experience, you would want to sit in the front row of the middle ride vehicle in the room. You really have little control or say over this, but those are the best seats in the house. For one thing, if you're in the front row, you are lifted the highest in the air and won't have to worry about seeing other people's dangling feet above you, which may prove to be a bit of a distraction, and if you're in the center ride vehicle in the room you're looking at the film head-on which immerses you into it more.)