Journey into Imagination with Figment At Epcot

The latest in a series of redesigns to incorporate the best of this attraction's former incarnations, Journey into Imagination allows visitors to unlock their senses using optical illusions, 4-D tricks, and interactive scenes while also reintroducing a mischievious dragon named Figment.

Photos of Journey into Imagination with Figment 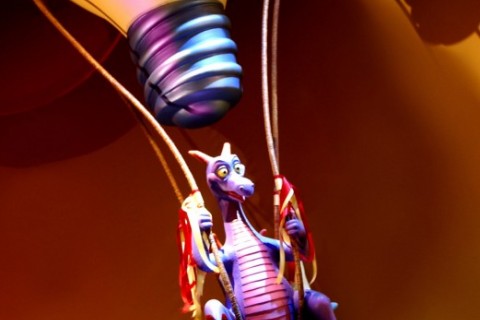 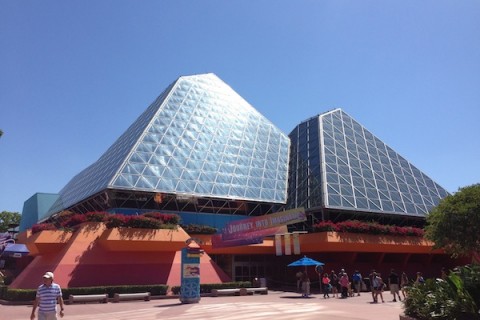 See all photos of Journey into Imagination with Figment

Reviews of Journey into Imagination with Figment

A Figment of My Imagination

There was a time Figment was my most favorite of all Disney characters. He represented imagination and creativity, something I reveled in and embraced. Somewhere down the line he was taken away and replaced with a "modern" impostor that is a candidate for the "stuff of nightmares." From the closure of ImageWorks upstairs to the removal of the Dreamfinder, what once was such a beating heart of EPCOT is now the absolute worst attraction at the resort. The attraction continues to falter each time I visit as more and more pieces disappear from the puzzle that is this ride. It's a real shame, as the original Figment could be enchanting and more importantly, encouraging the thousands of kids who visit EPCOT every day to use their imaginations.

If you can't improve on the original....why bother trying?

Disney Imagineers, who already had a popular pavilion at Epcot with Journey Into Your Imagination, decided in 1999 and later again in 2002 that this attraction needed an updating. The result? One of the more controversial (and universally hated) attractions in all of Walt Disney World.

The basis of this attraction (as it is presently) is a ride-through of the Imagination Institute, where Dr. Nigel Channing (Eric Idle) and purple dinosaur Figment demonstrate the ways in which our various body senses (sight, sound, smell, touch, taste) work with our imagination. After the ride is over, you exit out into the What If Labs there to try a number of various hands-on little games where you can trigger sounds by stepping on certain lights on the floor, or conduct a musical orchestra simply by the wave of your hand, and more.

** Additional Features of Journey Into Your Imagination **

In times past, this pavilion was also the host to a 3D show entitled "Honey, I Shrunk the Audience" where Rick Moranis reprised his Dr. Wayne Zalinsky role from the "Honey, I Shrunk the Kids" films. This show has been retired, and currently is running the even older (and worse) show, a seriously dated 3D space adventure starring the late Michael Jackson called "Captain EO". Personally, I didn't find either one to be good, but "Captain EO" is particularly loud and awful (with the effects and music, and really everything).

** MY Thoughts on Journey Into Your Imagination **

There have been so many changes to this pavilion that has altered the original concept and show that I can't even really remember the original.....other than that it was much better and more entertaining than any of these updated versions of the attraction. The original included a bearded fellow known as the DreamFinder (riding his dream machine), who along with Figment, and a catchy tune throughout called "One Little Spark", took riders on a whimsical journey through the imagination. The first "update" to the ride got rid of the DreamFinder altogether (and he's never come back since) and severely cut back on Figment. People didn't like that, so on the second "update", much more of Figment was reincorporated into the ride.

Still.....this attraction stinks. That much is very plain to see by the fact that there is NEVER a wait for it and basically each time I walk in there, it's almost always devoid of guests on the ride or in the What If Labs at the end. This attraction couldn't be more boring if they tried. No matter how many bright colors they use for Figment's house or his little grand finale towards the end, or bad jokes are told between Dr. Channing and Figment, there is NO entertainment value here. When you even walk into the attraction to get to the loading area for the ride, the Cast Members all look either bored to tears or happy to see that anyone has walked in to give them something to do.

I've heard (as many probably have) that there are rumblings of talk about another reimagining (no pun intended) of this pavilion yet again. To be honest, I think if they go that route again they should use a whole different series of Imagineers because the ones who have come up with the past 2 updates haven't done the job.

For right now, the most this pavilion is good for is getting out of the sun on a hot day and a brief ride through an air conditioned building.