This narrow-guage railroad (complete with real steam trains) carries guests around the Magic Kingdom park with stops in Main Street, U.S.A, Frontierland, and the Storybook Circus area of Fantasyland. 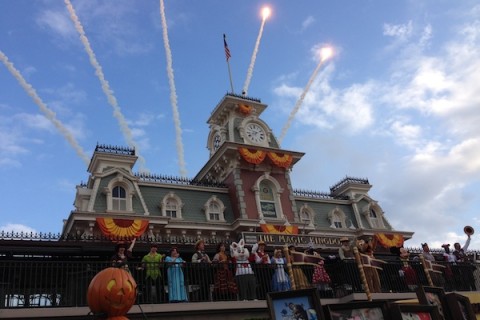 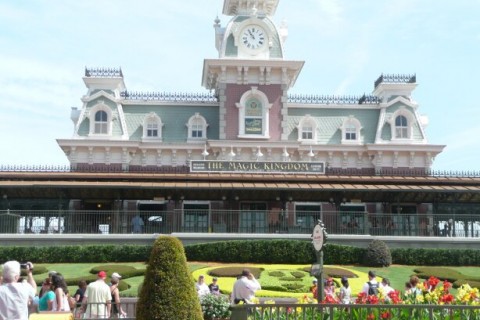 All Aboard the Walt Disney World Railroad! Woo-Woo!

One of the best aspects of the Walt Disney World resort in Florida is that each of the 4 theme parks there contains a nice variety of rides for its guests. There are some amazing thrill rides, well-themed slower dark rides, and some what I call "lazy rides"....... which ARE actual rides, but doesn't quite have the theming or excitement of the other kinds. A good example of that kind of ride is the Tomorrowland Transit Authority (or TTA for short) in the Magic Kingdom. It isn't fast, it isn't particularly exciting, doesn't have a particular theme to it.....yet it is still a ride, and provides a relaxing way to kill some time.

The TTA simply circles the Tomorrowland area of the Magic Kingdom park.....but there is still another lazy ride that encircles all of the park as a whole - the Walt Disney World Railroad.

The WDWR (as I'll call it) is an attraction that serves not just as a ride, but as a means of getting people from one area of the park to another, saving you some long walking in the process. Walt Disney had a love of trains and railroads, hence the inclusion of this railroad ride with vintage, steam-powered trains. Its homebase, so to speak, is located in the front of the Magic Kingdom on Main Street USA.....it would be very hard to miss it as one of the first sounds anyone hears in approaching the entrance to the park are the loud whistles of the train as it approaches or leaves the station. And to get to the Main Street loading station, you will enter the park through a tunnel and will have to turn and walk up the stairs of the platform you just walked under. There you will be directed where to go.

The WDWR has 3 stations located around the park, at which you can hop off or climb aboard: Main Street USA, Frontierland, and Storybook Circus. The entire length of the trip is 1.5 miles and if you stay aboard for an entire circuit around, takes around 20 minutes total to complete. Along the way, you can hear a pre-recorded narration describing the sites and sounds around you as you get closer to various locations in the park. Just so you're not only looking at trees and plants as your train makes its way around, they've also included various scenes with mannequins and animatronic American Indian figures and animals. There are no automatic closing doors on the sides of the cars so parents will want to hold onto or watch their little ones closely so they don't fall or jump out and harm themselves.

For me, I'd never really been interested in riding the Walt Disney World Railroad all that much until probably a few trips back. I'm sorry I missed all that time in not having ridden it because it really is a nice way to get off your feet for a little while, enjoy a nice breeze , and provides you with some nice views of the park you otherwise may not be able to get with your camera. Considering the size of the park, and disregarding the fact that it's not the fastest-moving system, it still saves your feet some pain if (for instance) you're near the Storybook Circus area of the park and have thoughts of going over to Frontierland to ride Big Thunder Mountain Railroad or Splash Mountain.