Inside a turn of the century aquarium located on Paradise Bay, visitors travel under the sea with The Little Mermaid and relive the songs and stories from the film. This ride combines state-of-the-art technology with classic dark ride ideals to create an incredible attraction. 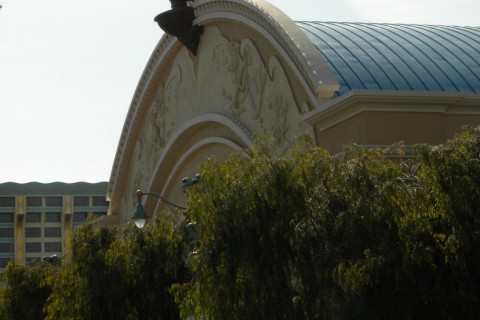 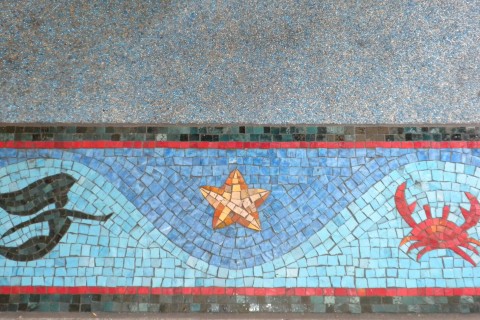 See all photos of The Little Mermaid: Ariel's Undersea Adventure

The Little Mermaid has always been my favorite of all the classic animated Disney films. I was excited by the idea of the ride, and even more excited as details started to emerge. Even details I wouldn't have expected, like the building being themed to a turn-of-the-century aquarium, with its massive glass wall, bubble carvings, and flashing incandescent lightbulbs (to unify it into the now Victorian-style re-themed Paradise Pier).

And the ride is good! If the park had opened with it, I'd probably give it a 5/5 rating. But because it was added later, I suppose I expected more. With more time and undoubtedly a larger budget than it would've had in 2001 (when the park was expected to be a rousing success), I thought it would go above and beyond what I would've expected. I suppose that it didn't.

As the official review on here stated, the Ariel animatronics were a little eerie. Maybe it's just that she doesn't translate well into three dimensions, what with her massive blue eyes and gravity-defying hair with her pinched waist. But, when she become a three dimensional being in the video game Kingdom Hearts, she looks even more lovely than usual. Here, she looks creepy.

She's only present as a mermaid two times in the attraction, and the second time, her hair is spiraling above her (as it does in the film for a brief second while fish swim around her during the "Under The Sea" portion. In the ride, it looks strange - a glaringly white smile plastered across her face, her eyes open wide, and her hair setting atop her head not unlike an ice cream cone.

[img_assist|nid=5405|title=|desc=Of all the classic moments in The Little Mermaid and of all the well-known poses and expressions of the character... Why this?|link=none|align=center|width=329|height=490]

And on that note, the "Under the Sea" section of the ride left a bit to be desired. It's plenty active, with tons of fun, old-fashioned animatronic fish singing and dancing to the calypso beat. But somehow, (and let me know if you disagree) the room - the largest in the ride - has a dismal and depressing feel. The walls are illuminated dark green instead of sky blue, so the feeling is more swamp than ocean. And why not add a bubble machine or something? Bubbles projected on the ceiling even? The whole area comes across as very dark.

The grand finale from the film - the battle with the massive Ursula - is reduced to a silhouette in the distance (no more than a few feet high) that is supposed to express that she's been killed. That would be okay, but the Little Mermaid Platinum Edition DVD had a "Blue Sky" version of the ride and a computer-generated ride-through that featured a clever, strobe-light, black-light encounter with the giant sea witch that makes her silent, lightly-steaming silhouette in the distance seem a little lackluster.

The Little Mermaid: Ariel's Undersea Adventure is certainly a nice ride, and it's great for families. But even shortly after it's grand opening, it was a "walk on" on the busiest of Saturday afternoons. I'm sure part of that can be chalked up to the very, very efficient ride system (where, in my experience, most clam-mobiles are left empty simply for lack of riders), but another part seems to be the lack of an epic, classic, grand feel about the ride. It was rushed (and rightly so) and the ride seems to show that.

Of all the classic poses and songs of the film, why not have Ariel on her rock with the waves crashing behind her as she saves Eric? Why not the epic battle with Ursula? It seems there's a lot missing that could've been added. I enjoy the ride and I think it was much-needed at Disney's California Adventure. But it lacks a certain timelessness that the resort's other dark rides display, and it's a little disappointing that the ride at Florida (where there is plenty more time and space) will be identical where it could greatly improve on California's anti-climactic style.

Finally, I wish more time was spent bringing the characters to life. I already mentioned it about Ariel's something-is-off-here face and hair, but also see Triton at the ride's climax. I would prefer a figure with plastic "hair" rather than one with a physical wig beard / moustache combo. It looks out of place, and again, it just didn't translate well to three dimensions.