REPLACED BY STAR TOURS _ THE ADVENTURE CONTINUES IN MARCH 2017 Virtually identical to the Disneyland original, the Disneyland Paris version of Star Tours takes guests on a virtual journey through the “Star Wars” universe. While the technology, which dates back to 1987, can now appear out-dated, the ride pushed the boundaries of simulator technology when it first opened. The Disneyland Paris version is now the last remaining original Star Tours attraction, with those at Disneyland, Disney’s Hollywood Studios and Tokyo Disneyland having been replaced by the updated Star Tours: The Adventures Continue.

Guests queue through a detailed recreation of a “spaceport”, which is packed with audio-animatronic droids and in-jokes about “Star Wars” and Disney characters. This sets the scene for the ride, which takes guests on a tour to the moon of Endor (seen in “Return of the Jedi”).

After reaching the end of the queue, riders board one of a number of simulators, each of which is designed to resemble the interior of a StarSpeeder 3000 spacecraft. The flight immediately goes awry, with novice pilot Rex accidentally navigating into the midst of a space battle between rebels and the evil Galactic Empire.

The ride system is used to enhance the on-screen action, with the simulator rocking from side-to-side and extensive use of sound effects. Rex himself is physically present, in audio-animatronic form.

Star Tours is presented in a combination of languages. The pre-show videos are primarily in English, as is the dialogue between rebel pilots. However, Rex addresses passengers in French. 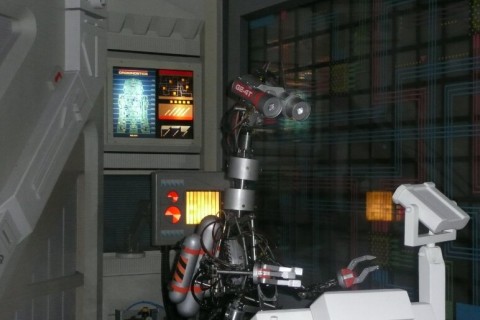 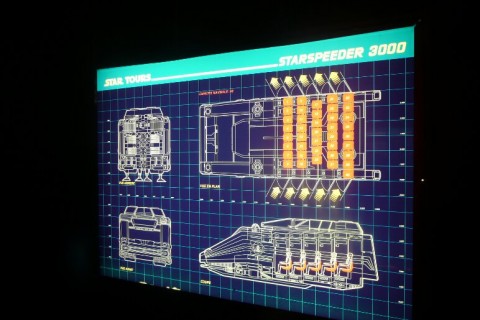 See all photos of Star Tours

Sorry, there are currently no reviews for Star Tours .