One of the most popular attractions at the Disneyland Resort Paris, Peter Pan’s Flight is a clone of the famous dark ride at the original Disneyland. It sees guests boarding “flying” pirate ships, which are suspended from an overhead rail, and soaring over miniature recreations of London and Neverland.

The Disneyland Paris version of the ride is slightly longer than the original, with a complete circuit taking around 3 minutes. It begins with a short flight over London in the dark, complete with tiny “cars” zipping along the roads and recreations of Big Ben and Tower Bridge.

After traversing a short tunnel section, riders emerge into Neverland. Initially, the models below remain on a small scale, as if the pirate ships were flying high above Mermaid Lagoon and Skull Rock. Towards the end, though, the models become life-sized, with guests getting a close-up view of key scenes from the “Peter Pan” movie.

Up to 2 guests can seat in row of the ride’s ships, for a total of 4 guests per vehicle. This provides a higher capacity than most other versions of Peter Pan’s Flight, all of which are plagued by consistently long wait times. 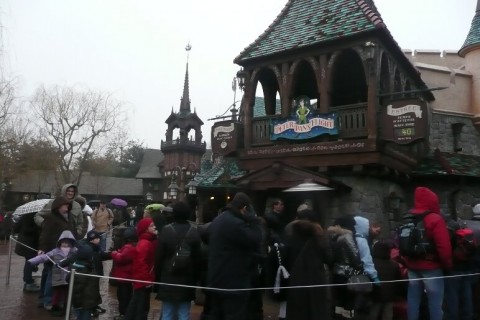 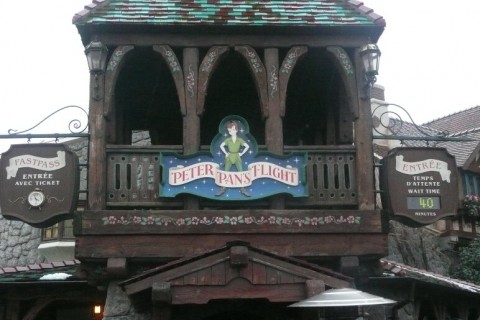 Sorry, there are currently no reviews for Peter Pan's Flight .