The first ever Disney roller coaster to feature an inversion, Indiana Jones et le Temple du Péril was added to Disneyland Paris year after the park opened. It sees guests boarding a mine cart for a trip through a deserted temple. While the park was originally planning a more ambitious land devoted to Indiana Jones, these were scaled back in order to enable a new thrill ride to be installed quickly and cheaply.

The heavily-themed queue is designed to set the scene for the ride, and is set in the abandoned base camp of an expedition to the temple. After climbing a set of steps into the structure itself, guests climb into the ride vehicles. These can hold up to 6 riders, and are linked together into trains of two mine carts each.

After climbing to the top of the roller coaster’s lift hill, guests race through a series of dips and turns, before passing through a small vertical loop. The circuit is short, with the total ride time coming in at around 1 minute 20 seconds.

In April 2000, the ride’s trains were reversed and it became Indiana Jones et le Temple du Péril – Backwards!. The coaster’s circuit was re-profiled to reduce the impact of unexpected twists and turns on guests, but ultimately it was restored to its original forwards configuration in November 2004. 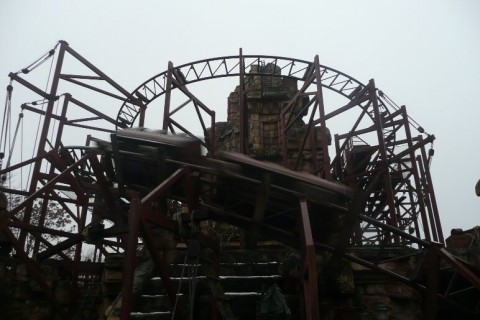 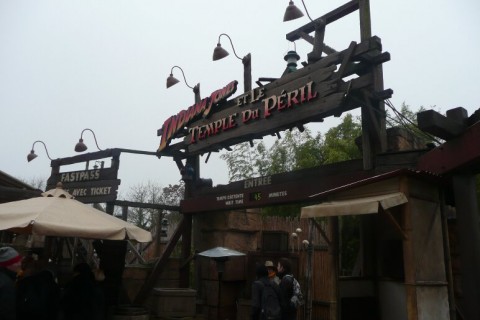 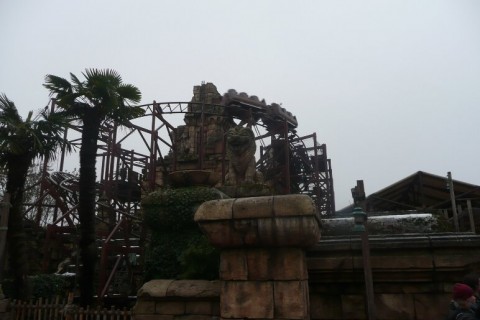 Really Not That Good

If you've ridden the Indiana Jones at Disneyland, this ride is a disappointment. It's a mad mouse ride with sound effects.