Alice’s Curious Labyrinth is a hedge maze-style attraction, which is themed around Disney’s 1951 version of “Alice in Wonderland”. It sees guests walking around a series of winding paths, as they attempt to reach the Queens of Hearts Castle at its centre.

The maze is split into two sections. The first is based around Alice’s adventures in Wonderland, and features recognisable elements such as the White Rabbit’s Hole, the Caterpillar’s Mushroom Lair and a giant recreation of the Cheshire Cat. The second section is slightly more challenging to navigate (though you’ll never be lost for long), and is dubbed the Queens of Hearts Maze. This leads to the castle, from which guests can see over the rest of Fantasyland.

Unlike many of the other attractions in Fantasyland (and in Disneyland Paris as a whole), Alice’s Curious Labyrinth is a one-of-a-kind Disney creation – there isn’t another attraction like it at any of the company’s other theme parks. It is probably the large size of the park that has led to the situation, with few other Disneyland-style parks able to spare the room for a large, walkthrough attraction such as this. 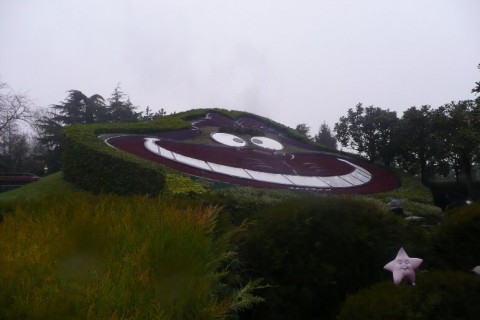 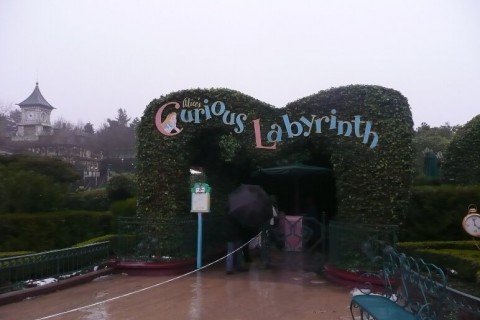 Sorry, there are currently no reviews for Alice's Curious Labyrinth .