Blackpool Pleasure Beach has confirmed long-standing rumours that it will open a ride based on the popular animated duo Wallace & Gromit. Dubbed Wallace & Gromit's Thrill-O-Matic, the £5.25 million attraction is due to open at the park in 2013. It will replace the classic Gold Mine ride, which closed in 2011.

The seaside amusement park has promised that a range of well-known characters from Wallace & Gromit's animated adventures will feature in Thrill-O-Matic. Riders are set to traverse the dark ride in around four minutes, witnessing key moments from award-winning classics such as A Grand Day Out, The Wrong Trousers and A Close Shave. They will then disembark into a new shop that will sell Wallace and Gromit merchandise.

The Gold Mine closed to the public on September 25, 2011, with construction work having been ongoing since. The ride had been in place since 1971, and saw riders board mine car vehicles before travelling through a series of scenes depicting a gold rush era mine. Its track is expected to be reused for Thrill-O-Matic, with the scenes being replaced by ones populated by animatronic Wallace & Gromit characters. 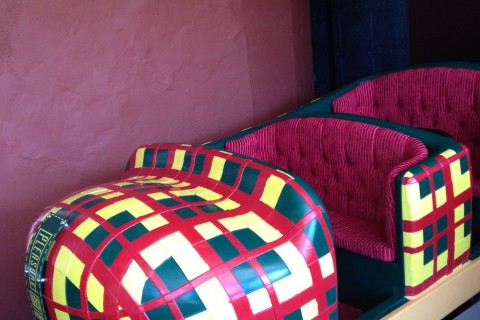 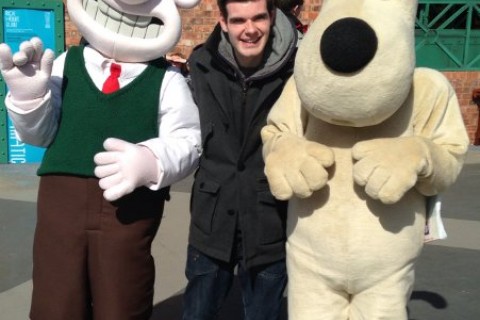 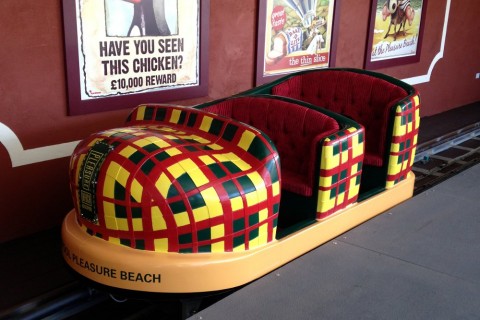 Submitted by SparklinDiamond on Friday, October 25, 2013.

Ok, so I am not a fan of Wallace and Gromit. Up until riding the ride, I had never watched a single episode or movie of the show. However, I have since watched quite a few. This ride made a real fan out of me!
The first aspect you notice is the queue which is kind of disney-esque with it's posters and tv screens dotted about making it feel like you are in the world of the ride. The second thing you notice is the unusually shaped ride vehicle. Yes that's right, you are about to sit inside a slipper, and a comfy tartan one at that. The vehicle itself has really soft cushioning which makes a change from the the Pleasure Beach's usual hard rides. The ride starts by taking your photograph which is a nice little addition may I add. You then go through the worlds of all the different movies and episodes which is really fun and left me wondering what I had been missing out on. The ride is cool and quirky and the animatronics were pretty good for somewhere outside of the USA. Plus I liked the added addition of the turning on and off of the lights as you approach each section of the ride.
Overall it is a great family friendly attraction and one that Blackpool Pleasure Beach visitors should welcome with open arms.