Housed inside a building fronted by an enormous waterfall, Valhalla is the major water ride at Blackpool Pleasure Beach. It is the most expensive ride ever built by the park, at a total cost of £15 million, and has drawn large crowds since its opening in 2000.

Valhalla is the most heavily-themed ride at Blackpool Pleasure Beach, and is based around the mythology surrounding the Viking afterlife. Its log flume-style ride system was built by Intamin, while the theming and special effects were put together by Sarner (which had previously designed the similar Viking Toket at Tusenfryd in Norway).

Riders are loaded into Viking-style longboats, before setting off on a six-minute journey. After entering the ride building via an ominous skull-shaped entrance, they are carried up one of two lift hills. A series of special effects are used to create an impression of being in Valhalla itself, including searing and freezing temperatures of 40 degrees and -20 degrees respectively. As well as two large drops (the tallest of which stands at some 80 feet), there’s also a backwards section enabled by the use of two turntables.

Valhalla is being "re-imagined" before its re-opening for the 2022 season complete with a new soundtrack. 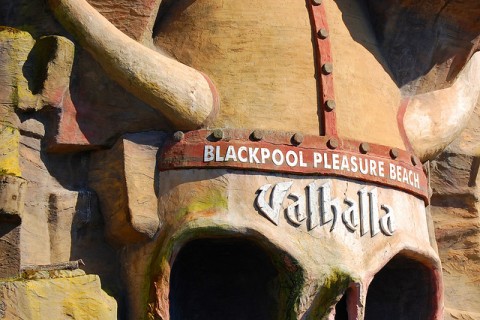 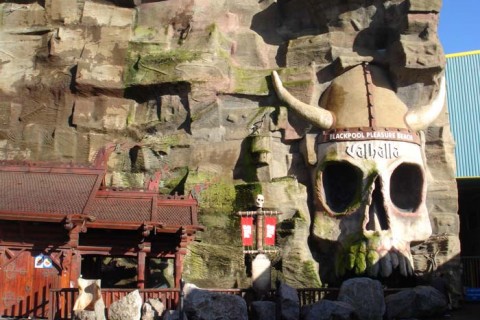 See all photos of Valhalla

Sorry, there are currently no reviews for Valhalla .