The Skyride is Alton Towers’ major internal transportation system, enabling guests to cover the vast distances between the park’s different lands without having to travel on foot. There are Skyride stations in Towers Street, Forbidden Valley and Cloud Cuckoo Land.

Originally installed in 1987, the Skyride replaced an older cable car system from the 1960s. It features gondolas that can hold up to twelve people at once, as well as accomodating guests in wheelchairs. The entire fleet of gondolas were replaced in 2009 with a new multicoloured set.

Fire has struck the Skyride twice in recent years. First, the Forbidden Valley station was destroyed in 2007 during the Halloween Scarefest events. The ride reopened during the 2008 season, but the Cloud Cuckoo Land station was badly damaged by a second fire in July 2009. Again, the station was rebuilt and ride reopened for the 2010 season. 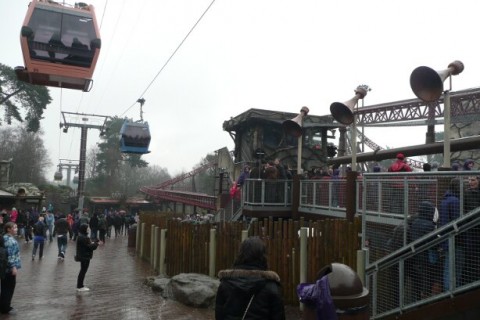 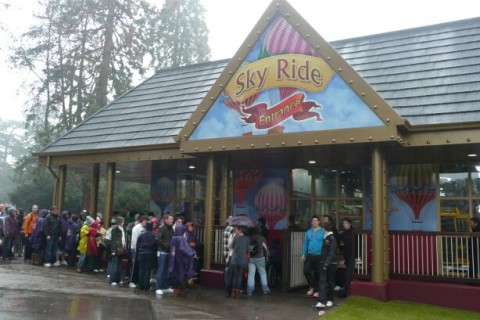 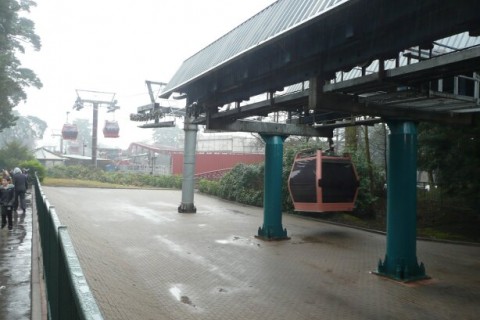 See all photos of Skyride

Thank god its back :)

I am an old hat to alton towers and the first time i went it was just tents with dart throwing and hoopla games on the front lawns (yes i did say old).
When the old skyline was stopped i was gutted. Yes it doesnt go fast neither does it spin you round or throw you into the air. What it does give you is a great view of the park and the gardens. On a rainy day its ideal for the latter and there is still that nervous feeling you get when they all stop while your half way across the gardens high above the trees. I used it yesterday when i went from the entrance to the far end of the park in pouring rain at around 5pm and jumped off and onto 13 with no queues as everyone was leaving. Excellent to have it back. My uncle even proposed to his partner on the old ride... an old friend long missed.... welcome back skyride :)