Originally named Rita: Queen of Speed, Rita was opened in 2005 at a cost of £8 million. Located in the Dark Forest area of Alton Towers (previously known as Ug Land), the ride is an Intamin accelerator rollercoaster. Its opening launch section fires riders up to a top speed of 62mph in 2.2 seconds, sending them into a series of high speed corners and hills - with the ride completing its circuit in just 50 seconds.

When it opened, the coaster featured a drag-racing theme - a strange fit with the "prehistoric" Ug Land. Following the conversion of the area into the Dark Forest, Rita was given an updated theme that saw creeping branches attached to its exterior elements and a new, darker paint job for its trains. The storyline behind the theme is not completely clear, although a voiceover telling riders that they must "escape" suggests that the high-speed cars are being used to help people evacuate the forest. 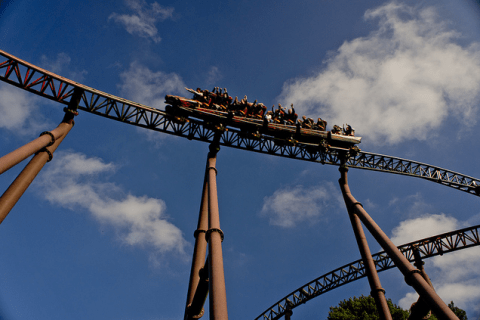 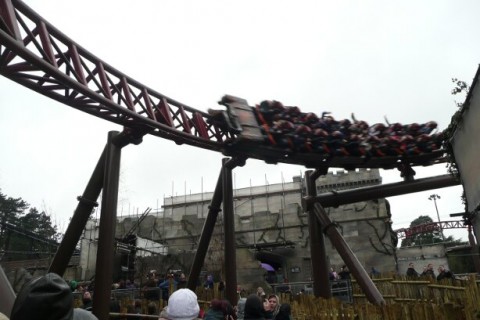 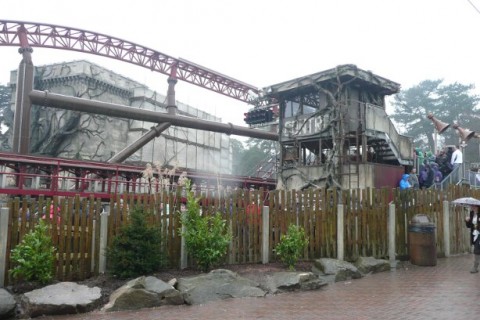 See all photos of Rita

Submitted by Anonymous on Sunday, September 1, 2013.

Although not as thrilling as Stealth down in Thorpe Park, Rita is still a great ride. There's something incredible about whipping past the trees at 60 miles an hour and the acceleration still feels incredible. Queues tend to get rather lengthy, so I would recommend going down the single rider route for this one.