As its name suggests, Ice Age Dawn of the Dinosaurs - The 4-D Experience is based on the third installment in the Ice Age series, which has been converted into the 4-D format by specialist SimEx-Iwerks. It is housed in the Cloud Cuckoo Land Theatre, which received an icy new look to reflect the theme of the movies.

Guests queue in a line around the front of the building, which boasts a number of video screens. These show clips of Scrat, the popular sabre-toothed squirrel who features in all of the Ice Age movies so far. They are then handed Ice Age-themed 3-D glasses, before taking a seat on one of a number of long benches in the theatre.

Ice Age Dawn of the Dinosaurs - The 4-D Experience consists of re-purposed footage from the movie itself. This tells the story of Sid the sloth, Manny the Mammoth and Diego the sabre-toothed tiger, who discover a "lost world" populated by dinosaurs hidden away underneath their own freezing-cold habitat. A series of close-scrapes with prehistoric beasts follows, with a sub-plot centring on Sid's attempts to "adopt" several baby T-Rexes.

A number of special effects accompany the movie, including foam “snow”, water sprays, air blowers and “leg ticklers”. These are timed to complement the on-screen action.

The Cloud Cuckoo Land Theatre was originally built in the 1700s by George Talbot, the 14th Earl of Shrewsbury, who used it to host touring magic shows. It was abandoned in 1891 and remained closed for over a hundred years before being renovated and reopened by Alton Towers in 1993. The theatre has hosted a range of shows since opening, including themed entertainment based on Barney and Friends, The Tweenies and Bob the Builder. 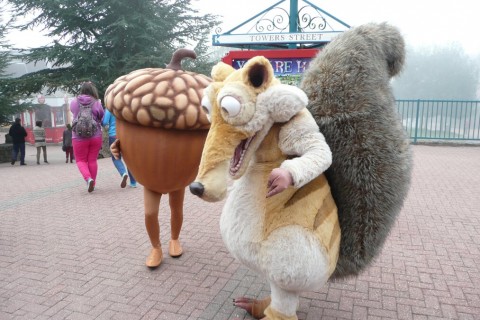 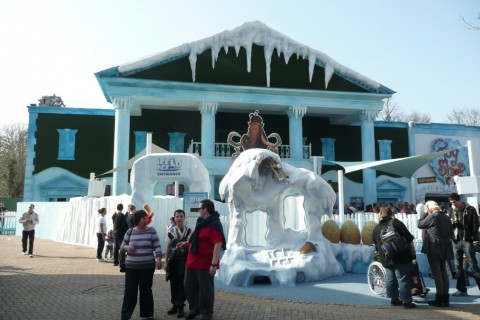 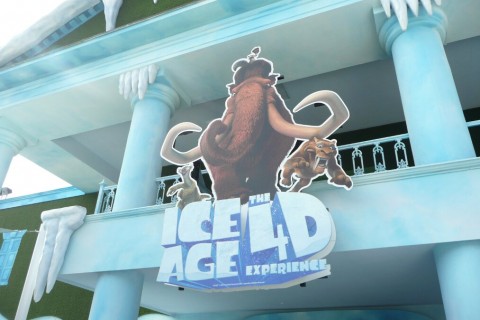 Sorry, there are currently no reviews for Ice Age Dawn of the Dinosaurs – The 4-D Experience .