The Flume Unplugged At Alton Towers

The Flume Unplugged is one of the oldest rides at Alton Towers, having been in place since 1981. At the time, it was the longest log flume in the world - and at some 886 metres, it still is a very lengthy ride. In the mid-1980s, dinosaurs were added to the opening section to add extra interest for riders, but were subsequently removed.

In 2004, the ride was re-themed following a sponsorship deal with Imperial Leather. This led to the ride vehicles being updated to resemble bathtubs rather than logs, and the addition of rubber ducks around the ride circuit. However, it does mean that The Flume now shares little in common with the attractions surrounding it in Mutiny Bay and Katanga Canyon.

Much of the ride's length is spent winding through the woods, with the major thrills saved for the end. After climbing through a dark tunnel, riders plunge down a moderately-sized drop. This is just a prelude to the final, much larger drop which is likely to leave everyone in the log soaking wet.

Photos of The Flume Unplugged 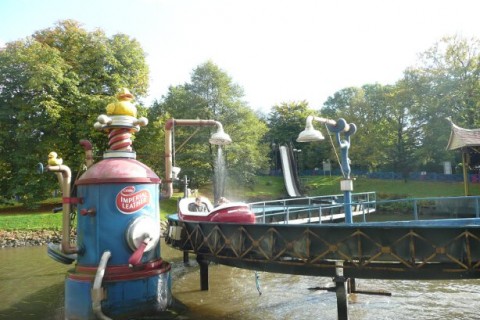 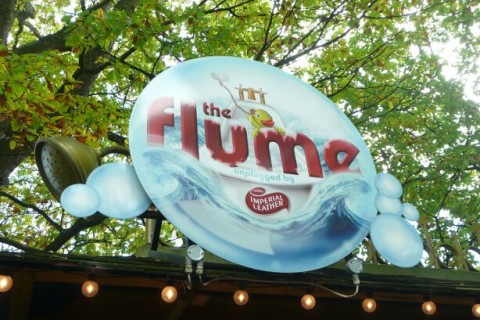 See all photos of The Flume Unplugged

Reviews of The Flume Unplugged

Sorry, there are currently no reviews for The Flume Unplugged .