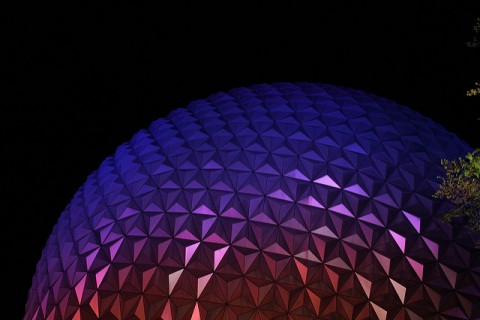 Any study of Disney design will reveal a plethora of smart tricks and sneaky tactics to influence guests’ moods. You’ll find immersive sounds, enticing smells, and pleasing colors everywhere you turn. These are built into the landscape of the parks so masterfully that it’s almost impossible to pinpoint all the elements that are playing on your emotions.

Disney’s architecture plays a big role in enhancing your moods. These massive features can help you feel hopeful, excited, or imaginative. Consider these creative ways that Disney nudges your emotions in the right direction with its architecture. 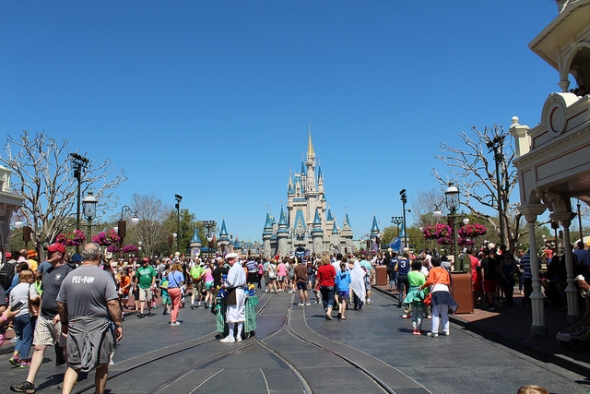 The Magic Kingdom uses forced perspective on Main Street to influence the way you feel when you first arrive in the park. Upon your entrance, you’re full of anticipation. You’re energetic and ready for an adventure. Main Street caters to this air of excitement by making it seems as though Main Street is a long expanse of towering shops, just waiting for you to explore.

Most buildings appear to be at least three stories high. However, if you were to climb the façade and measure, you’d find that only one level fits between the two rows of upper windows. The features of the buildings get smaller as you go up to make them appear bigger than they are.

Main Street angles inward toward the castle to make it look longer as you’re entering the park. The road also climbs slightly. You’re unlikely to notice it as you make your way toward that stunning castle in the distance, but the small bit of added incline builds more anticipation on your hike up to the castle. 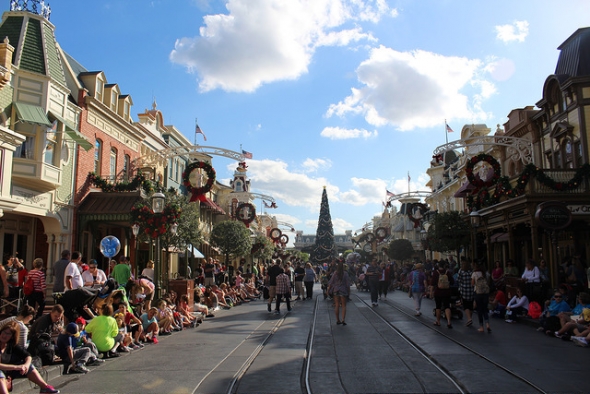 When you’re leaving the Magic Kingdom, you probably feel very different from when you entered. You’re tired, possibly hot and sweaty, and often wondering about your choice of footwear for the day. The same design features that gave you a heightened sense of excitement coming in will help you have a more comfortable exit.

The buildings are angled outwards slightly as you’re exiting the park. This makes the street look shorter than it did from the other direction. The street slopes slightly downward toward the exit to make it an easier walk on the way out. This is all designed to help guests feel happy and relieved as they near the exit. Just when you’re getting too tired to go on, you’ll find the street seems surprisingly short and easy to walk down. 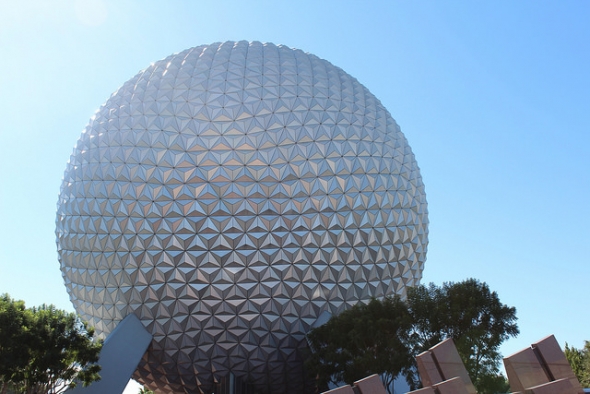 Epcot’s theme of innovation and creation is meant to have a hopeful, futuristic feel. This is most noticeable as you enter the park and approach Spaceship Earth. This massive geodesic dome is an architectural masterpiece. It’s supported by angled arms that reach outward from the globe. Imagineer John Hench has mentioned that “The Columns of Spaceship Earth are constructed to reach out like beckoning arms,” saying, “It’s designed to say, ‘You’re OK. You’re going to be OK.’”

These columns seem to offer warm embracing arms that are both comforting and inspiring. This supports Epcot’s aim to create an optimistic and inventive view of the future. In this park, the horizon seems full of fascinating innovations and brilliant discoveries. This is emphasized as soon as you enter with Spaceship Earth. After passing beneath those outstretched arms, it’s difficult not to adopt some of that peaceful sense of hope and confidence for the future.