Beyond Mickey: 6 Other Things Hidden Around Walt Disney World 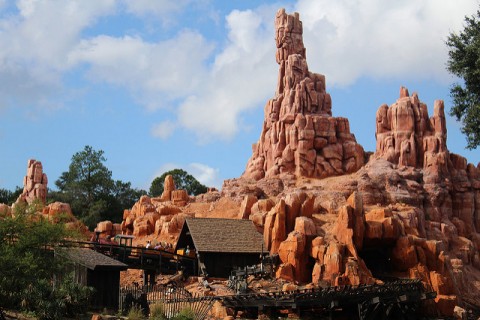 Avid Disney theme park fans know all about Hidden Mickeys. Located throughout the theme parks and resorts, these small tri-circle shaped bits of insignia are lots of fun to find. However, Mickey isn’t the only one hidden around the parks. There are other characters and even live individuals who have received subtle nods in the parks’ attractions and décor. See if you can find these other hidden elements around the parks.

1. Hidden Jack in the Haunted Mansion 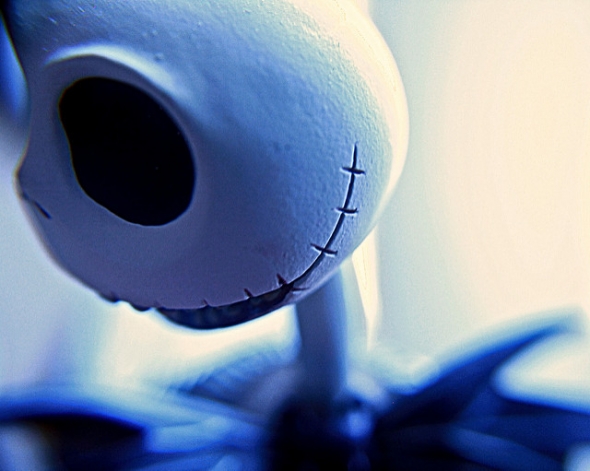 Mickey isn’t the only character to enjoy hidden likenesses throughout Disney’s attractions. The Haunted Mansion pays homage to one of Disney’s spookier franchises with hidden images of Jack Skellington from The Nightmare Before Christmas. These include:

Some accounts indicate there are seven hidden Jacks in total, while others contend that there’s a total of 13. See if you can spot additional Jacks in the shadowy reaches of the haunted attraction. As an added bonus, there’s a hidden Sally doll in the attic scene. 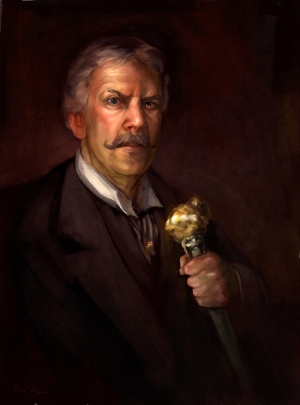 Hidden Mickeys were originally designed as a way for Imagineers to “sign” their creations without leaving their names all over the theme parks. However, many imagineers went beyond the stereotypical Mickey and found more innovative ways to sign their great works.

3. Nods to other rides throughout the parks 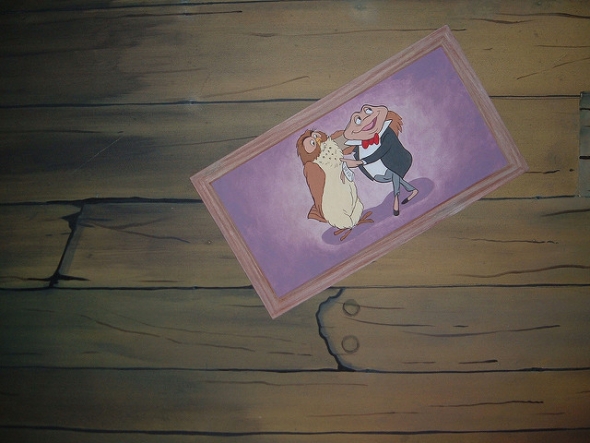 Mr Toad is kind enough to give his deed to OwlImage: Michael Gray, Flickr (license)

Many diehard Disney fans took it hard when Mr. Toad’s Wild Ride was replaced with The Many Adventures of Winnie the Pooh. There are two nods to the beloved ride in the Magic Kingdom. The first is found on Winnie the Pooh. Toward the beginning of the ride, you’ll see a portrait of Mr. Toad handing the deed over to Owl. In the graveyard of the Haunted Mansion, you’ll see Mr. Toad in the pet cemetery.

The remake of Epcot’s Journey into Imagination was another change that fans took hard, as the troublesome Figment took over what was once a much more whimsical imagining. Pieces of the Dreamfinder live on around the upper walls of the Mouse Gear store.

Journey of the Little Mermaid at Magic Kingdom pays homage to 20,000 Leagues Under the Sea. The outdoor rock formations in the queue feature an imprint of the Nautilus.

If you listen closely to the dialogue in the Enchanted Tiki Room, you may have heard Jose asking about Rosita. You’ll find a clue as to her whereabouts (albeit, a slightly morbid one) in the Big Thunder Mountain queue. A bird cage intended for canary air monitors bears her name.