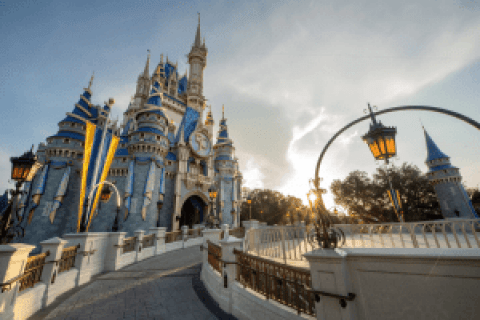 No two Disney parks are completely alike. Sure, Disneyland Park in California carries much common DNA with Walt Disney World’s Magic Kingdom in Florida, but even these two counterparts are close siblings, not identical twins. Like a family of children from common parents, each US Disney park has developed a unique personality and quirks.

Considering them all, what specifically is the best and worst attribute of each one?

Pinning this down is a bit of a subjective exercise—everyone is going to have different likes and dislikes related to theme parks. One person may appreciate Epcot’s uniquely adult-friendly concept, while others may find the educational elements too abstract for a vacation. One person may love Star Wars: Galaxy’s Edge while a purist may prefer attractions and lands based only on Disney’s classic works. The issue becomes particularly tricky when identifying the top frustrations with each park. These can vary widely, and some issues apply too broadly across all Disney parks, such as the pains of ever-increasing prices or issues with new controversial systems like Genie+.

Doing our best to keep these limitations in mind, what might be the most popular answer for the best—and worst—thing about each US Disney park?

The Best: The attractions

Despite being Disney’s most venerable park, Disneyland continues to hold its own as a favorite among theme park enthusiasts. It’s a classic, but one that has continued to evolve and develop in wonderful ways that continue to maintain mass appeal across all ages.

There is a lot of good to be said about Disneyland Park, but probably the area where they shine the most is in their excellent line-up of attractions.

For one thing, Disneyland is home to a number of exclusive rides you’ll find nowhere else in Disney’s US lineup, including e-tickets like The Indiana Jones Adventure and The Matterhorn Bobsleds. Other noteworthy exclusives include Alice in Wonderland, the only surviving iteration of Mr. Toad’s Wild Ride, and the Finding Nemo Submarine Voyage. Beyond these, the park is also home to a number of familiar favorites you’ll find in Walt Disney World like Star Wars: Rise of the Resistance, Millennium Falcon: Smuggler’s Run, Big Thunder Mountain, and Splash Mountain.

Oh, and let’s not forget Fantasmic—we’ve made no bones previously about why Disneyland’s version remains superior to the version at Disney’s Hollywood Studios across the board.

Anaheim was a pretty sleepy area when Disneyland opened in 1955. Disney’s staggering success changed all that, and the city has grown explosively into a sprawling tourist hub dense with hotels, restaurants, and entertainment venues. You don’t have to travel far beyond the gates of Disneyland to feel Anaheim’s reach, and the city is unignorably visible from the highest points in the park.

The press of nearby Anaheim has proven an ongoing issue for Disneyland, limiting possibilities for growth in every aspect. Height restrictions mean Disneyland’s signature attractions can only be so tall, unlike their Walt Disney World counterparts. New expansions to the park have repeatedly required repurposing older lands and attraction spaces, resulting in the loss of more than a few beloved areas. The limited space definitely makes the park feel densely packed and crowds can be noticeably difficult to navigate on busy days due to complexities in the park layout dating back to its opening days.

The Best: One of Disney’s most impressive rebounds

Disney California Adventure remains one of Disney’s most impressive comeback stories, to the point it transformed one of Disney’s worst parks into a crowd-pleasing favorite.

If you didn’t experience it in its early years, it’s hard to describe just how disappointing Disney California Adventure was when it opened back in 2001. Disney was in the midst of a rough period of belt-tightening and questionable creative decisions (sounds familiar?). Even documentaries like The Imagineering Story acknowledge this was a difficult time for the Imagineering department, and Disney California Adventure was a perfect example of this tension. From end to end, the park felt slapdash, like a caricature of California culture left largely incomplete. To make matters worse, the park was built without a berm to hide its location in the middle of Anaheim, making it feel more like a Disney-themed county fair than an immersive theme park.

Over the course of the 2010s, Disney leadership set to work giving Disney California Adventure some much-needed love. The opening of Cars Land in 2012 was a major turning point as it introduced one of the first truly immersive lands into the park. Quality areas like Grizzly Peak were improved upon but largely kept intact, while the awkward Paradise Pier was re-themed as Pixar Pier with new takes on old rides that worked well for guests.

With the arrival of Avengers Campus in 2021 (as a replacement for A Bug’s Land), Disney California Adventure has really developed an appeal and charm of its own. Disney has found creative ways to honor the California theming while incorporating fresh ideas, appealing attractions, and exclusive draws you won’t find at any other Disney park.

The Worst: Some of the patchwork theming still remains

As mentioned, probably the worst issue with Disney California Adventure is its location in the midst of Anaheim, especially since much of the park isn’t shielded by a berm like Disneyland. However, if we were to pick a secondary problem, it would be the lingering residue of the park’s early failures with theming.

Disney California Adventure has suffered from some problems similar to Disney’s Hollywood Studios—the original concept for the park ultimately failed, and Disney has had to make major course corrections over the years to compensate for this. We’ll chat about how this has affected Disney’s Hollywood Studios shortly, but in the case of Disney California Adventure, some issues linger of inconsistent theming with an overly broad brush.

Some of this has to do with the ongoing space restrictions in Disneyland Resort, but Disney California Adventure has become something of a catch-all for any IP that Disney can loosely tie to a California theme—even some where that connection is a bit of a reach like Guardians of the Galaxy, The Avengers, or the entire Pixar film collection. Cars Land is probably the one that makes the most sense since Radiator Springs feels like Death Valley.

Elements of the original California-centric theme still remain throughout the park that work well, such as the charming Grizzly Peak area as well as the park’s commendable track record in the area of California-appropriate dining. Despite this, there’s no question the original vision for the park has started to fray at the edges, and this can make it feel a bit more Hodge-Podge of popular IP’s than a cohesive park at times.

So how does Walt Disney World measure up?...