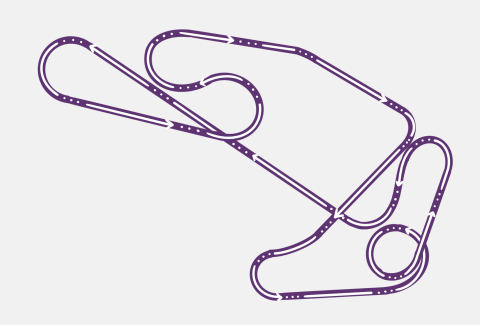 Walt Disney might not have expected it himself, but today, more than 50 years after Disneyland opened its first one, roller coasters have become integral elements of every single Disney Park on Earth. Seriously, some of the most iconic, beloved, and classic rides at Disney's theme parks are – fundamentally – thrill rides.

Between its dozen theme parks, Disney operates a substantial collection of coasters – 34 in all. Today, we wanted to dip our toes into the world of Disney Parks' roller coaster by quizzing you on ten of them. For each of the selected coasters below, we'll show their layout (hand-drawn by me, complete with the direction of train travel), then provide three hints... When you think you know, check out the "Answer" for each one.

How many of the 10 are you able to recognize at first glance? Let us know in the comments below! If you enjoy this kind of quiz (and seeing the rides you know and love differently through this kind of hand-drawn image), let us know so we can bring you more! And until then, let's start our quiz with an easy one...

ANSWER: Of course, it's Rock 'n' Roller Coaster at Disney's Hollywood Studios. Opened in 1999, the ride was Vekoma's best mimic of the revolutionary "Flight of Fear" coaster (developed by competing coaster manufacturer Premier Rides) that debuted at Paramount's Kings Island the year prior. Though Vekoma is Disney's go-to coaster manufacturer, any park can buy from Vekoma's catalogue. That creates the unique situation wherein Six Flags bought a copy of the "LSM Coaster" model for its park in Belguim (today called Walibi Holland), so if you've ever wondered what Rock 'n' Roller Coaster would look like without a box built around it, here it is!

We should also mention that another Disney coaster shares this layout. When Walt Disney Studios Paris opened in 2002, the park came with its own copy of Rock 'n' Roller Coaster. That version of the ride closed in 2019 as the park's Backlot was reimagined into an Avengers Campus. The coaster re-opened in 2022 with the same layout, but as Avengers Assemble: Flight Force, sending guests rocketing through the stars with Iron Man and Captain Marvel. So now, two otherwise unrelated and very differently decorated Disney coasters both use the layout above.

ANSWER: Yep, it's the Barnstormer at Magic Kingdom! Flip it and you've got not just Woody Woodpecker's Nuthouse Coaster at Universal Studios and Chip & Dale's Gadget Coaster at Disneyland, but a whole lot more. (This is a Vekoma Junior Coaster – 207m model. The longer, taller, 335m model has 29 identical installations of its own, including the Flight of the Hippogriff at Universal's Islands of Adventure.)

ANSWER: Before Disneyland's Matterhorn Bobsleds, all roller coasters were what we'd now call "wooden coasters." The groundbreaking innovation of the ride – designed and built by legendary classic coaster manufacturer Arrow Dynamics of California – also came with a cutting-edge computer system that used block sections to allow multiple trains to safely travel through the ride at once.

ANSWER: Spoiler alert! You're looking at the layout of the new Guardians of the Galaxy: Cosmic Rewind at EPCOT. At 5,577 feet long, the more-than-a-mile coaster including multiple launches, randomized music selections, and – its signature – first-of-its-kind "Omnicoaster" technology that allows the coaster to rotate throughout the ride. Unlike free-spin coasters, Cosmic Rewind follows a pre-programmed rotational plan, orienting guests forwards, backwards, and sideways to view show elements as they travel back from the Big Bang.

ANSWER: Yep, you're looking at Slinky Dog Dash at Disney's Hollywood Studios. There are four Toy Story Lands around the globe, but most just feature off-the-shelf flat rides. Only Walt Disney World's version includes a dark ride (by absorbing Toy Story Mania) and a substantial family coaster. Obviously, the park needed not just the ride capacity, but the family ride capacity, because this otherwise simple, outdoor, lightly-themed family coaster remains one of the hardest Lightning Lanes to get ahold of.

Did you guess five out of five so far? Well just wait... things get a little tougher on the next page...