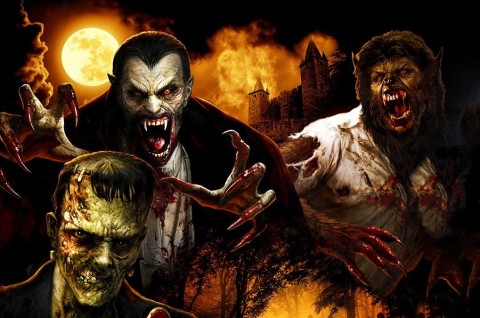 Long before Epic Universe was officially announced as Universal Orlando's upcoming third gate, rumors of a Universal Classic Monsters land have been rife within the theme park community. Following Universal’s more recent push of these beloved and iconic characters with their Halloween Horror Nights events and merchandise releases, guests have seen the Universal Classic Monsters’ in-park presence continue to grow and now it seems they are about to have a major presence in Universal’s Epic Universe.

While official confirmation has yet to come from Universal, Epic Universe’s upcoming Classic Monsters land is steadily progressing through construction, with various permits and aerial images emerging every once in a while that continue to confirm fan speculation and suspicion. As Epic Universe now hurtles towards its projected 2025 opening, here’s a look at a few things we would love to see in the Classic Monsters area, based off of what we know about the land layout so far.

Aerial photos have shown what appears to be a restaurant-like space situated near the entrance of the Classic Monsters land and it would most certainly make Universal fans happy if a revamped Universal Monsters Cafe were to fill this space. One could assume that a revamped Monsters Cafe-style restaurant is among the more likely additions to this land, given the closure of Universal Studios’ original Monsters Cafe earlier this year.

Guest’s affection towards the old Monsters Cafe mostly came from its unique theming, so it would be awesome to see Epic Universe take this to a whole new level with some immersive, tribute store-level theming, while also perhaps featuring a few nostalgic elements from the original Monsters Cafe!

2. Dark ride featuring all of the Classic Monsters

Perhaps the most exciting rumor to emerge from this upcoming land is that it will reportedly feature an attraction that utilizes the KUKA arm technology, the same mechanics that bring Harry Potter and the Forbidden Journey to life over in Universal’s Islands of Adventure.

Alternatively, taking inspiration from Halloween Horror Nights 2022’s Universal Monsters: Legends Collide house, the ride could follow a similar storyline in which guests are caught in the midst of a battle between a few of the monsters, though this has the potential to be a slightly more frightening experience than the previous concept.

Though it is not yet known what sort of retail offerings this land will feature, it would be fantastic if the area included its own version of the Classic Monsters tribute store that debuted at Universal Studios earlier this year. The past few years have seen Universal Creative really bring their A-game when it comes to the tribute store, with each new iteration helping to turn an everyday retail experience into what is essentially its own attraction. In terms of things-to-do while visiting the Universal Monsters land, we’d love to see an immersive retail experience make the leap over as a permanent element within this space.

4.Coaster themed to one specific monster

With the KUKA arm ride set to be the land’s flagship attraction, recent aerial imagery appears to confirm a second attraction, believed to be a Mack spinning coaster.

Since you’re, in a way, flying through the air while riding on a coaster, it would be fantastic to see Dracula’s story lead the theming! Though with a wealth of exciting characters for Universal to choose from, others have suggested that this ride could be themed around Wolfman. Regardless, it would be interesting to see this coaster have one central theme that expands upon the story of just one character, though it remains to be seen just how Universal will incorporate the spinning element into the ride’s story.

It wouldn’t be a themed land without meet and greets, and it would be amazing to meet these horror icons in person. Whether they’re out and about in the streets or whether they have specific indoor locations that match their unique stories, guests would likely jump at the opportunity to rub shoulders with these Classic Monsters, plus character interactions would only help to enhance the theming of the area.

Judging by Universal Hollywood’s more recent additions, it seems that Frankenstein and Bride of Frankenstein could certainly be likely to make the leap over. However, seeing The Invisible Man or even The Creature From The Black Lagoon up close would be a real memorable moment for not only Universal Monsters fans, but regular guests as well.

What are you hoping to see in Epic Universe’s Classic Monsters land? Let us know your thoughts by leaving us a comment below or on our Facebook page.