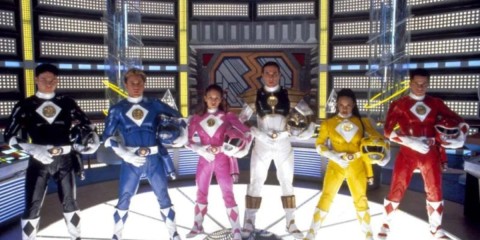 Mighty Morphin Power Rangers: The Movie (1995) is the big-screen adaptation of the popular television series of the same name. Despite being a box office success, it wasn't met with the warmest critical reception on its release, but in the 27 years since, many Power Rangers fans have come to consider it a cult classic.

The movie grossed $66.43 million worldwide against a budget of $15 million, and it sold a ton more toys on top of what the television show had already achieved (Power Rangers were the hottest-toys-of-the-year for two or three years during the early '90s). But could more have been done with the movie than just merchandise?

A lot of hard work went into making Mighty Morphin Power Rangers: The Movie look far better than its television counterpart, which notoriously borrowed a ton of footage from Japanese show Super Sentai. The 1995 film, however, uses original footage from start to finish, while giving the show a huge visual makeover.

The movie filmed on location in Australia, where rocky coastlines and rainforests were used to double as the alien planet of Phaedos, and unused construction sites would serve as the birth place for the main villain Ivan Ooze, and would also host action sequences in which the Power Rangers battled "Ooze Soldiers".

But the set pieces were equally arresting - Rita Repulsa and Lord Zedd's moon-based lair, Zordon and Alpha 5's Command Center, and the Monolith in the jungle of Phaedos, and not to mention everything that populates the film, from the Power Rangers themselves to their colossal assault vehicles known as the Zords.

The film is dripping with colour and other stand-out visuals, so it makes us wonder why it was never introduced in the Disney Parks. While the Power Rangers did make  appearances at Disney's Hollywood Studios over the years while they fell under the Disney umbrella, they were never fully exploited.

Did Disney miss a huge opportunity in not bringing Mighty Morphin Power Rangers: The Movie into Walt Disney World? After all, if you can adapt a cheesy kids show into an action-packed Hollywood blockbuster, then you can adapt said-blockbuster into a theme park setting, no problem!

While it will never happen now, given that the film is 27 years old, it's still fun to imagine what could have been, and we happen to think that the 1995 film wielded a ton of theme park potential. Can you imagine sitting in the Ninja Megazord's cockpit for a simulated journey through space where you must battle the giant Ivan Ooze?

Or a walk-through attraction where local authorities are trying to evacuate the city streets of Angel Grove while the Power Rangers in their Zords fight it out with Ivan's enormous ooze-powered creatures, Scorpitron and Hornitor? Or a good, old-fashioned roller coaster that allows you to relive all the best moments from the movie?

Well, fortunately, Mighty Morphin Power Rangers: The Movie is a roller coaster ride in its own right, because it's definitely "got the power"!

Power up with six incredible teens who out-maneuver and defeat evil everywhere as the Mighty Morphin Power Rangers! But this time, the Power Rangers may have met their match when they face off with the most sinister monster the galaxy has ever seen -- Ivan Ooze. Unleashed upon the good citizens of Angel Grove after six thousand years of imprisonment, Ivan Ooze strips the Power Rangers and their leader, Zordon, of their powers. Now the Power Rangers must journey to a distant planet to learn the secrets of the ancient Ninjetti. Only then will they become empowered with a force strong enough to restore their Morphin ability and defeat the evil Ivan Ooze. Join the Mighty Morphin Power Rangers and their new Ninja Megazord as they fight to save Angel Grove, and the world from the forces of evil!

Recently, actor Jason David Frank, who was best known for playing Tommy Oliver (the Green Ranger and the White Ranger, and later the Red Ranger and the Black Ranger) in the Mighty Morphin Power Rangers television series and the movies, tragically passed away at age 49.

Do you think Disney and Universal missed a big opportunity by not bringing Mighty Morphin Power Rangers: The Movie into their theme parks? Let us know by leaving us a comment below or on our Facebook page.