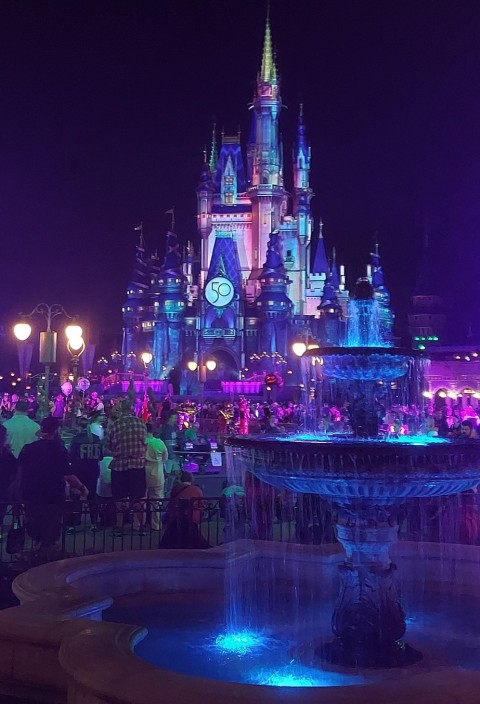 The last couple of years has been full of changes at Walt Disney World. After the pandemic's closures, it has taken a long time for many attractions and experiences to return to the parks. There have also been a few new additions that have both excited and frustrated guests. Here is our year-end review of all the most significant changes and updates that happened at Walt Disney World this year.

We saw the opening of the Star Wars: Galactic Starcruiser, and it was met with mixed reviews. While the immersion and theming of this 2-night accommodation experience has enthralled guests, the price tag accompanying this experience has proved to be a major deterrent for guests. The experience features exotic space cuisine, lightsaber training, and even a trip to Batuu.

HUGS RETURNED TO WALT DISNEY WORLD. For the first time since early 2022, guests could now hug characters again. This change was met with WIDE open arms as many guests, both young and old, were excited to get that hug from their favorite characters and princesses. It is a small gesture that can make a character interaction truly magical.

Guardians of the Galaxy: Cosmic Rewind opened at EPCOT. The innovative ride vehicles which turn guests 360 degrees and the reverse launch of this indoor coaster are enough to impress. However, the coaster also has a six-song randomized soundtrack, incredible projection effects, and an amazingly smooth ride. This coaster has quickly stood out as one of the best Disney parks attractions ever made. You may want to take some precautionary steps if you are prone to motion sickness though.

MagicBand+ launched at Walt Disney World. These new MagicBands come with increased functionalities and as well as a higher price tag. We tried out these new bands to tell you whether they are worth the price. You can check out our review at OPINION: Is MagicBand+ Worth The Price?

Bibbidi Bobbidi Boutique finally reopened at Magic Kingdom. Young guests can now receive their knight or princess make-over at the Magic Kingdom location. Be sure to schedule a reservation in advance. Unfortunately, an opening date for the other locations has not been announced.

This year also saw the return of both Mickey’s Not So Scary Halloween Party and Mickey’s Very Merry Christmas Party. While there were no holiday events in 2020, in 2021 we saw After Hours events instead of the full party experience. These events, Boo Bash and Very Merriest After Hours, included snacks but lacked some of the entertainment offerings and capacity of the actual parties. Guests were excited to see the return of these two fan-favorite events.

EPCOT turned 40! EPCOT celebrated its 40th birthday with surprisingly little fanfare. Although there was a lot of merchandise and a few special dishes to be tried, the celebration wasn’t nearly as big as EPCOT surely deserves.

FANTASMIC! RETURNS! One of the highest anticipated and dearly missed nighttime shows, Fantasmic! returned to Disney’s Hollywood Studios in November. The show returned with new never-before-seen scenes featuring Moana, Elsa, Pocahontas, and Mulan. This is must see for any guest visiting Hollywood Studios.

Fantasmic! wasn’t the only fan-favorite to return in November. In a surprising announcement, Disney revealed that CEO Bob Chapek was out, and former CEO, Bob Iger would be replacing him. Many Disney fans were grateful to hear this news, and we are also intrigued to see what, if any, positive changes Iger will bring to the company in the coming year.

The Walt Disney World Railroad welcomed guests on board once again in a surprise reopening. The railroad has been closed since 2018 due the construction of TRON: Lightcycle / Run. With the opening of the new coaster drawing near, it was finally time for the railroad to welcome guests once again. You can also catch a pretty good view of the finishing touches being made to TRON: Lightcycle / Run from the train!

What was your favorite change or update to come to Walt Disney World this year? Are there any you hope to see changed in 2023? Let us know by leaving us a comment below or on our Facebook page!