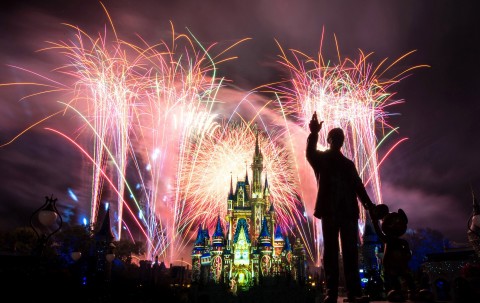 A surprising tension has long been behind Disney’s success… and current signs suggest it is badly out of balance.

The Walt Disney Company has known their fair share of ups and downs. They remain one of the most successful entertainment entities in the world with a reputation for unparalleled excellence and creativity. At the same time, they certainly have gone through seasons of intense criticism and failed enterprises. Often, the overall health of the company is reflected in the state of their parks.

On the surface, Disney parks appear to be doing well. According to statements made at this year’s D23 conference, attendance is up, revenue is up, and demand is extremely high. In short, Disney’s bottom line looks good, particularly taking into account the success of services like Disney+.

Looking simply at a company’s bottom line can be deceiving, however…

Disney has been in a season of monetary success offset by increasing criticism from longtime fans. Troubling reports seeped out of the company’s creative departments, suggesting that morale was low. Both cast members and guests seemed to feel all was not well at the most magical company on earth, and announcements at the 2022 D23 conference regarding upcoming projects for the parks fell far short of Disney’s usual visionary flare.

Disney’s success has long hinged on a carefully curated tension held between the company’s creative departments and business minds. When these two components have been well-balanced, Disney has thrived, and we’ve seen spectacular examples of the excellence they are known for. When these elements fall out of balance, however, things begin to slide, particularly in Disney’s parks.

Our readers frequently cited frustration with Disney’s business model of late saying it feels like accountants are running the show. Disney's leadership made no bones about their number one focus being the company’s bottom line. While this is reasonable to a point—a healthy company needs good business-sense to thrive—many feel Disney had crossed the line from savvy management to compromising on the core values the company was built on. We are hoping with the rehiring of Bob Iger that this will change...

But, has Disney gone too far and truly started to discard the philosophies the company has been built on, to the point the experience at their parks is becoming unrecognizable? Some troubling signs suggest this may very well be the case…

The brilliant partnership of Walt and Roy

Walt Disney was a visionary, a wildly successful entrepreneur, and a genius studio head. What many people don’t realize is that much of Walt’s success was intertwined in his sometimes tumultuous relationship with his brother, Roy.

Walt’s strength laid largely in his creativity. He had a unique blend of personality components that made him an ideal innovator. His contemporaries described that he could express himself as either a dreamer, a critic, or a realist, and you never knew which version might show up at a meeting. Particularly when exercising the dreamer, Walt liked to work as if money were no issue—there was no price too high to pursue a dream. The realist and critic balanced this out, but he still tended towards lavish ideas that left his more conservative colleagues staggered.

When asked about why didn’t focus more on the bottom line, Walt stated a simple business philosophy: "If we take care of our guests and our cast members, the rest takes care of itself.".

Roy, on the other hand, was a savvy businessman, solid at keeping numbers balanced and in dealing with practicalities. He raised capital, maximized revenue, and oversaw the business end of things, freeing up Walt to dream. It can be argued that a large portion of Walt Disney’s ambitious ideas could have never come to pass without Roy’s acuity for management. Walt once even joked that he’d likely have landed in jail for repeated check-bouncing if not for his big brother.

The Walt Disney Company originally was run in two separate departments. Walt’s team handled the creative elements, innovations, and cultivating his bold visions for films, entertainment projects, and ultimately, Disneyland. Roy handled the accounting, budgets, investors, and other business elements. This model of synergistic diversification led to a healthy tension that produced great success. Walt generated fresh ideas, managing the details of projects to produce the best experience possible, while Roy made sure the company actually had the finances, infrastructure, and backing to make these ideas happen.

At times, this balance got out of whack and led to some heated moments between the brothers. They particularly clashed regarding Disneyland, which Roy found to be one of Walt’s more ludicrous ideas. At one point, Walt actually formed a separate company to develop Disneyland. When Roy realized Walt wouldn’t be dissuaded, he begrudgingly got onboard. In 1963, tensions hit a boiling point when Roy bought out Walt’s secondary company to prevent a shareholder split, a move that led to family turmoil and months of icy silence.

They ultimately worked out their disagreements and seemed to grow closer every time they overcame them. The balance worked, and we get to enjoy the end results of Walt and Roy’s unique partnership today.

The tension that makes the parks tick (or tank)

While no one has quite been able to replicate Walt and Roy’s dynamic, the mindset of balanced tension between creative minds and business realism carried on throughout Disney’s history.

This is often best seen in the state of Disney’s famous Imagineering department. Series like The Imagineering Story expounded at length about the times Disney has been able to achieve the impossible by keeping this balance. The dreamer, the critic, the realist, and the businessman all play a role in making the magic possible. Nailing this synergy resulted in the successful completion of the Magic Kingdom, Epcot, Disney’s Animal Kingdom, and Tokyo DisneySea (Disney’s Hollywood Studios had a little more difficulty but still turned out as a great park). Disney’s best attractions, their Renaissance film era, Disney Cruise Line, and more of their highest quality guest experiences were also birthed out of these seasons.

By and large, the seasons where Disney has struggled to maintain public goodwill had their roots in shifts towards budget cuts. During these times, company financials have stayed balanced but the parks experience flagged. The period following the unexpected death of Frank Wells was one of these: belt-tightening and creative shifts led to large-scale projects coming out underwhelming. The most famous examples were the rocky openings of EuroDisney, Hong Kong Disneyland, Disney California Adventure, and most notoriously, Disney Studios Park in France. All four of these lacked Disney’s trademark finesse, resulting in projects audiences rejected. Imagineers shared these were uniquely frustrating times where resources were tight, risk was discouraged, and creativity was strangled to the point of smothering morale.

Things didn’t bounce back until the balance was addressed—all four parks have improved thanks to course corrections and cultivating healthy creative departments given adequate funding. When Disney’s innovators were given space to dream again, Disney started entering into another age of explosive growth and increasing guest excitement.