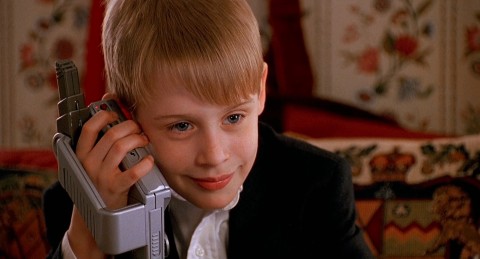 Home Alone 2: Lost in New York (1992) is a bonafide Christmas classic that many fans consider to be superior to the 1990 original. While there are plenty who would scoff at such a statement, there's still no denying that the sequel is equally festive and iconic. But while those first two films continue to be beloved by audiences, why doesn't Home Alone have any presence in the Disney Parks now that the House of Mouse owns all things 20th Century Fox? Are there plans to introduce Home Alone into the parks, or have they missed the boat?

We believe that Home Alone 2: Lost in New York in particular would have made for some wildly entertaining, slapstick-fuelled entertainment at the Disney Parks, and here are three ways it could have worked...

A live stunt show is probably the most obvious choice for a Home Alone movie, largely because the films are well known for featuring their signature "trap sequences". A stunt show, which would be best placed on the stage in front of a live audience, would call upon many such sequences from Home Alone 2: Lost in New York that are stage-worthy, from the moment Kevin McCallister (Macaulay Culkin) catches "Sticky Bandits" Harry (Joe Pesci) and Marv (Daniel Stern) red-handed at Duncan's Toy Chest, to the final showdown in Central Park.

Kevin leads the pair into his uncle's New York apartment, which is currently undergoing renovation. This serves as a great stage itself as he uses it to set up a series of booby traps that Harry and Marv wind up subjecting themselves to. While it sounds violent, it plays out more like an episode of Tom & Jerry, and makes for some great laugh-out-loud moments in the film. As such, this would translate incredibly well to stage, with live actors/stunt performers playing the three characters and re-enacting this iconic sequence!

Another way to introduce Home Alone 2: Lost in New York into Disney Parks would be with a walk-through experience. While basing such an attraction off the first film would be a lot easier, given just how iconic the McCallister household is (after all, you can buy an incredible LEGO set), the sequel's New York City setting does offer a lot more in terms of variety, and generally just feels a lot more festive. In fact, a walk-through experience could be limited to the Holiday season.

There's the Plaza Hotel, for starters, where Guests would encounter hotel staff characters such as Mr. Hector, who is played by the brilliant Tim Curry in the 1992 film. Then there's Central Park, where Kevin meets the "Pidgeon Lady" (who is played by Brenda Fricker on screen), and, of course, Kevin's uncle's apartment. So when we say walk, we probably mean run (because you don't want Mr. Hector finding out you don't belong in the hotel), skating on a frozen lake (hey, it's Central Park in the winter!), and dodging every trap in sight!

A more obvious and perhaps more popular way to introduce Home Alone 2: Lost in New York into a Disney Park setting would be in the form of an actual ride. And we think a slow, dark ride would be perfect, because a high-speed roller coaster wouldn't allow you to soak in all the slapstick action from the movie (this isn't Die Hard, you know, despite all the similarities between both films!). So, a slow-moving ride that would allow Guests to enjoy many moments from the movie - not just the trap sequence - would be great.

Imagine getting comfortable in a cosy New York City cab-style car and exploring magical set pieces such as the lavish Plaza Hotel lobby, the hustle and bustle of Duncan's Toy Chest, a snowy Central Park, before arriving at the apartment where you can watch Harry and Marv get their comeuppance! And, lastly, you'd see the giant Christmas tree at the Rockefeller Center where Kevin and his mum would be reunited! And last but not least, the Plaza Hotel apartment where the McCallisters wake on Christmas morning to find a mountain of presents!

Do you think Home Alone would have made a great addition to the Disney Parks? Let us know your thoughts by leaving us a comment below or on our Facebook page.