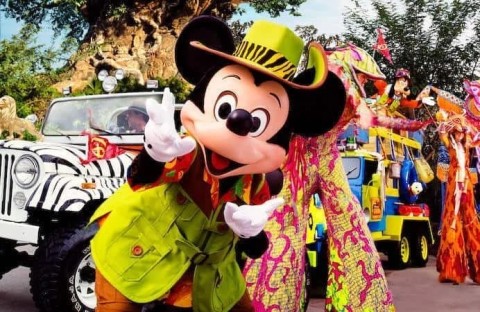 Walt Disney World is renowned for many things, one of them being its stellar entertainment lineup that brings endless fun and laughter to guests each and every day. However, in order to keep things fresh, nothing can truly last forever at Walt Disney World and so every once in a while, parks fans have to say goodbye to the shows that have brought them an abundance of magical memories over the years.

All good things must come to an end and as is the nature of a Walt Disney World trip, these good things often hold a considerable amount of wonder and nostalgia, making the goodbyes all the more difficult! With this in mind, though they may be long gone, here’s a look at 5 of Walt Disney World’s most magical retired shows that still deserve a place among Disney’s entertainment lineup.

After gracing the Cinderella castle stage for just under a decade at Disney’s Magic Kingdom, Dream Along With Mickey took its final bow in 2016 to make way for an arguably worthy replacement, Mickey’s Royal Friendship Faire. Dream Along with Mickey centered around Mickey, of course, as he set out to throw a surprise castle party, all while trying to prove to Donald the power of dreams. The show featured Peter Pan, as well as a host of princesses, before the party was interrupted by Maleficent herself. This extraordinary show certainly deserved to run for as long as it did at Magic Kingdom and truly captured the magic of Disney with each heartwarming performance.

Retired in order to make way for Animal Kingdom’s epic expansion into The World of Pandora, Mickey’s Jammin’ Jungle Parade ran for 12 years and saw a variety of your favorite characters dance their way around Disney’s Animal Kingdom. Featuring a number of beautiful floats and costumes, all led by The Lion King’s Rafiki, this delightful parade could bring a smile to almost anyone’s face with its upbeat soundtrack and colorful displays. As one of Walt Disney World’s more unique parades, this one certainly deserves to return one day!

This awe-inspiring nighttime spectacular had somewhat of a lacklustre retirement after parks fans were reportedly told the parade would simply be taking a 90 day hiatus back in 2010, only for it to never return again. The nighttime parade saw hundreds upon thousands of colorful lights illuminate the Magic Kingdom, as its twinkly, tear-jerking soundtrack accompanied Mickey and Friends as they made their way down Main Street U.S.A. Sadly, however, in 2013, Disney confirmed that SpectroMagic had been permanently retired. After having graced the streets of Magic Kingdom since 1991 (with a short break between 1999-2001) this absence of closure for many fans means that SpectroMagic is often cited as the one show that deserves its last hurrah.

4. The Osborne Family Spectacle of Dancing Lights (Retired in 2016)

Following its final performance in 2016, many felt they had lost a Christmas tradition in this unique show’s untimely closure at Disney’s Hollywood Studios. Made up of more than 10 miles worth of lights, the Osborne Spectacle would see the Streets of America portion of the park lit up with millions of lights that would dance along to various Christmas tunes. The show’s closure was brought on by the park’s forthcoming Galaxy's Edge expansion, marking the end of its 20 year run at Hollywood Studios.

(Though many would love to see this show return to Hollywood Studios, the lights used in the show were put to good use as they were later donated to Give Kids The World Village, a nonprofit located in Orlando that previously used them for their very own magical event “A Night of a Million Lights!”)

This early morning show was a staple of any Walt Disney World trip and would see Mickey and the gang arrive on the Walt Disney World Steam Train and officially open up the Magic Kingdom, before wishing you and your party a magical day full of adventure. While the Magic Kingdom still hosts a daily welcome show on the Cinderella castle stage, there is considerable demand to see it return to Main Street Station at some point in the future as many feel that the reveal of Cinderella Castle as you then enter the park following the show makes for an overall more magical experience.

Which of these retired Walt Disney World shows would you most like to see again? Are there any other shows that you miss from the Disney parks?

SpectroMagic by far! The soundtrack is too good to not to be used ever again. They could keep the soundtrack, bring back the most popular floats such as the whirly balls, trumpeters, Mickey, etc., and replace some of the less popular floats with updated ones from recent animated movies that could include Frozen, Moana, Encanto, Princess and Frog, etc.