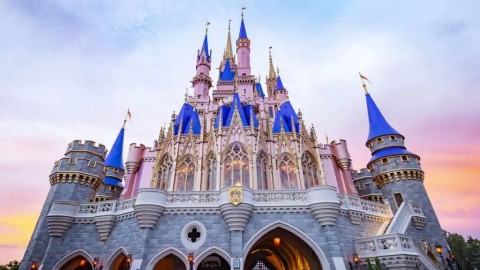 Just about everyone loves visiting a theme park… But for some of us, the real fun begins when we get home. Whether on fan sites, social media, podcasts, YouTube, or even TikTok, thousands of theme park enthusiasts have found places to share their thoughts, tell stories, and keep the “magic” alive at home. Becoming a writer, podcaster, blogger, YouTuber or other “content creator” who can make some money on the side – or even as a primary income – while thinking, writing, and talking about theme parks is a dream job for many. But how do you get started?

I guess I know something about this, since I’ve been writing for Theme Park Tourist for about twelve years now, contributing three, four, or five articles a month. If you’ve dug into Theme Park Tourist’s Legend Library – our collection of in-depth, interconnected ride histories from Alien Encounter to World of Motion – yep, that’s me! So while I may not be an expert like so many content creators are, I do feel that I’ve got a few ideas for how you can get started as a theme park writer, blogger, or content creator…

It would be nice if a list of “how to become a theme park writer” could begin with some groundbreaking, unexpected piece of advice or a get-rich-quick manuever that would blow the lid off the industry and turn you into an overnight viral sensation. Unfortunately, the truest and best piece of advice any writer can give to someone hoping to break into the “industry” is painfully simple: Write. Read. Practice.

It’s obvious why. You have to be a good writer before you can be a good theme park writer. Partly, that’s about getting used to the conventions of writing – the “boring” stuff like punctuation, grammar, spelling… It’s also about reviewing, pacing, citing, and editing. It’s about recognizing where you’d like a section break, where a new page should start, and how to tell a story beginning, middle, and end. All those things you learned in middle school – like a topic sentence, supporting evidence, naming sources, where to begin a new paragraph… that kind of thing is what keeps your work looking and sounding professional, organized, and structured.

Many sites request writing samples (for example, a catchy headline and a sample paragraph from a piece you might propose if you’re “hired”), and if your work is missing basic structures and citations, filled with spelling and grammar errors, or feels inaccessible thanks to wordy asides you’d never speak aloud, then you haven’t made a great impression.

Also important – the best creators of quality content are often consumers of quality content. Great writers don’t just write a lot; they read a lot. Just as “you are what you eat,” you’ll pretty reliably produce the kind of content you ingest. So "tune in" to quality creators and storytellers to glean their tricks of the trade. Hopefully my Legend Library is a great foundation to get lost in the stories of legendary rides of yesterday and today and the people who brought them to life, for example.

But don't just rely on fans. Invest in or borrow reference books that theme park content creators need – autobiographies of Imagineers, current park guides, coffee table books, executives' memoirs... whatever areas of the industry intersect and excite you, those are the places to start. And you'll want to specialize and get settled into a niche, because that's the start of my second piece of advice...

2. Have a voice, an angle, and a perspective

If you go to a restaurant that serves breakfast, sandwiches, sushi, pizza, and donuts, chances are they’re not doing any of them exceptionally well. Specializing is important in any career, and nearly all major theme park fan sites (or at least, the members of their writing staff) have their “niche.” That’s really good news, because it means that there are lots and perspectives for you to read, and hundreds of angles from which you can approach your interest in theme parks.

Lots of sites specialize in “boots on the ground” reports that cover new snacks, MagicBands, construction progress, and more. This feels like the simplest entrypoint to approach the parks from, but is probably the hardest to break into. Lots of sites and channels offer “boots on the ground” coverage, and many can’t be beat in terms of established audiences. For example, MiceChat does this wonderfully, with near-daily photo reports and commentary of the parks supported by discussion boards.

From another angle, Touring Plans has a unique perspective, with data-based services, crowd calendars, and smart itineraries that can optimize your plans for the day, telling you what to do and when. In addition, weekly columns like the Saturday Six provide humorous looks at the goings-on of the parks.

Passport2Dreams is an incredible (and often-cited in my stories) blog where Foxx Nolte digs deep into both esoteric ideas around theme parks and the architecture, atmosphere, and academics of them, specializing on classic Magic Kingdom and EPCOT, and rides like Pirates of the Caribbean and Haunted Mansion. It's the kind of thing your casual "We Heart Disneyworld" Facebook groups might not be into, but stuff that park historians and industry experts devour hungrily.

Kevin Perjurer and his co-creators at Defunctland create in-depth documentaries on retired rides, attractions, and services at the parks, expanding ever-outward toward larger industry explorations. (And thankfully, Kevin has not only listed me prominently in his videos’ credits when my work has been useful, but has brought me on his podcast!)

And of course, my niche is written, researched, in-depth, and interconnected ride histories that (I think!) are some of the most accessible, interesting, and informative versions of oft-cited stories! They all live here on Theme Park Tourist, and are offered in syndication on my personal site – Park Lore – where Member support powers additional art projects, armchair Imagineering, and ways to "see the parks differently." That's my voice. My perspective. My angle. But I had to write a lot and learn a lot to discover that.

So when I look back at the first things I wrote for Theme Park Tourist as a freelance writer in 2011 – reviews of Cedar Point's Windseeker, Kings Island's Dinosaurs Alive exhibit, and a preview of Busch Gardens' Verbolten – it's not like I feel embarassed… All the spelling and grammar and punctuation is fine. But I definitely see that I didn’t have my voice yet. It doesn’t sound like me. It sounds like me trying to be a writer. It was me thinking, “Maybe reviewing new rides can be my thing? And I'll try to sound really smart as I do it.” And that’s okay! In the decade of experience I’ve have since, I’ve learned a lot and found my niche… even if I branch out here and there!

It’s okay to be interested in – and to write about – various different aspects of the industry at large! Even though my definitive “genre” is super in-depth, researched, interconnected ride histories, I’ve offered my Genie+ recommendations, published reviews, typed up analyses of Disney World’s operations and anniversaries, and written hundreds of listicles in my time! But I hope that even the more timely, trivial lists and articles I’ve written still come from my unique voice and perspective.

Which brings us to my next piece of advice... Read on...!

While I'm not looking to be a theme park writer, I loved this piece! A true sign of leadership is mentoring others to take your place. Thank you for passing on your wisdom!