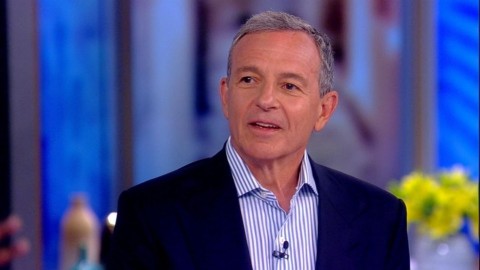 It's fair to say that Bob Iger’s return as CEO of the Walt Disney Company was certainly not on most people’s 2022 bingo cards. However, following Sunday night’s shocking announcement that Bob Chapek would be exiting the position effective immediately and that Iger would now be entering his second term, parks fans have already begun to speculate what this interesting change in leadership could mean for the future of Disney parks.

Chapek succeeded Iger in the role of Disney CEO in February 2020, meaning his new position found him immediately navigating the Walt Disney Company through the turbulence that came as a result of the pandemic. During his 33 months as CEO, a variety of new changes and systems were implemented which left parks fans feeling largely unimpressed, as many of these decisions were widely regarded as financially driven, with little regard for the guest experience. As a result, parks fans are now optimistic that Iger’s return could bring a shift in focus, with many hoping that we could soon see the reversal of some of these not-so-favorable changes.

1. The return of the Dining Plan

As one of the more obvious cost-cutting measures put in place during Chapek’s run, the loss of the Dining Plan came as a hit to many parks fans. Disney previously acknowledged the eventual return of the Dining Plan back in 2021, though no date was confirmed and little else has been discussed since.

With the Dining Plan previously serving as a key component in many families' Disney trips, the hope is now that its revival will be fast-tracked in the wake of Iger’s return. However, the loss of free Disney dining is likely to have sparked an increase in in-park spending, therefore, it remains to be seen whether bringing back the Dining Plan will be a priority for Iger.

2. The end of the park reservation system

Disney’s reservation system has been the thorn in almost every parks fan’s side for the past couple of years, as it requires guests to reserve their entry for each individual visit to a Disney park.

Annual pass holders have found this new element particularly limiting as gone are the days of spontaneous park visits, although, guests visiting from around the world have also struggled with this new system.

The reservation system was initially implemented to help with capacity during the pandemic, however, with the parks having long since returned to pre-pandemic capacity across the board, many have questioned the ongoing need for reservations. If Iger has been listening to visitor demands prior to his return, he will likely be aware that the system’s removal is a major wishlist item among parks fans.

3. The full return of park hopping

Similar to the reservation system, park hopping has also been limited since the pandemic with guests currently only able to access another Disney park after 2 pm, and only once they have entered their reserved park. The removal of the parks reservation system would see park hopping return to normal by default, though perhaps Iger could decide to reinstate regular park hopping first as a means of phasing out the reservation system as a whole. Of course, there is always the chance that this system is here to stay, so for now guests will have to keep their fingers crossed.