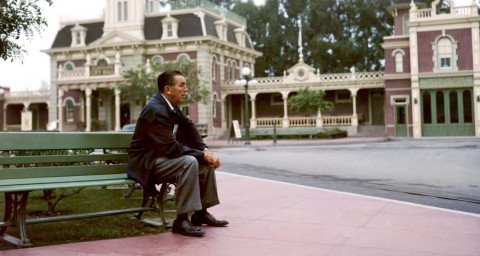 Today, the top three most-visited theme parks on Earth are all "Disneylands." Just about every park built "A.D." (that is, After Disneyland) borrow in one form or another from its model, layout, or attractions. So it's easy to forget that once upon a time, Disneyland was a risk... one that industry experts were certain was doomed to fail.

Our friends at The Park Database compiled a very interesting list of quotes from Walt's very own 1950s competitors shared at a Buzz Price focus group. In retrospect, obviously, these amusement park operators' ideas about what would and wouldn't work about Disneyland are downright hilarious... but they're also very telling.

It's important to remember how seriously unusual Disneyland was, and how designers "writing the rules" as they went was a gargantuan financial and reputational risk. Each of the quotes below are from real amusement park operators who went on the record before Disneyland's opening. Obviously, they ended up being wrong. But the point remains that writing new rules isn't easy, and when a leader without vision comes to head up the parks, they might not have the courage to think outside the box like Walt did...

"... no roller coasters, no Ferris wheel, no shoot-the-chutes [...] no carny games like the baseball throw."

The single entrance gate "will create another terrible bottleneck. Entrances should be on all sides for closer parking and easier access."

You have to remember that before Disneyland, amusement parks had a very different place in the public consciousness. From oceanfront pleasure piers to lakeside boardwalks; urban "trolley parks" to rural traveling fairs, most amusement parks had developed slowly... from dancehalls and sunlite pools of the late 1800s to electrical marvels of the turn-of-the-century. But by the 1950s, most amusement parks were associated with trouble. Filled with carnival rides, trickster midway games, poor upkeep, and "carny" ride operators, these parks were often open to the public to stroll through, drawing trouble-making teens.

So when Walt famously told his wife Lillian he was interested in creating an amusement park himself, she replied, "Why would you want to get involved in an amusement park? They're so dirty, and not at all fun for grown-ups." Walt replied that that was exactly his point – his park would be different than that. And to Schmidt's point, it was! Walt purposefully scouted for sites far from beaches and the "barefoot crowd"; he charged an entry fee (in 1955, $1); and rather than being built by "carnies," his park was designed by filmmakers... no coasters, Ferris wheels, shoot-the-chutes, or carny games needed.

Obviously things have changed. For the most part, Imagineers have figured out how to use those more common tools of the amusement trade in innovative-enough ways. (Few would call Big Thunder Mountain, Expedition Everest, or even TRON Lightcycle Run "just" a roller coaster.) But there are exceptions. For example, designers must've forgotten that Disneyland was built as a counterpart to carnivals, boardwalks, and backlots when they designed Disney California Adventure's initial Paradise Pier, which featured nearly everything on Schmidt's list.

2. "Without barkers along the midway to sell the sideshows, the marks won't pay to go in."

Two of Walt's revolutions can be seen in this statement.

First, the way Walt thought about visitors to his park. Whereas amusement park vendors and operators of the day would literally think of potential customers as "marks" – like targets to be lured in and swindled for money – Walt Disney thought of visitors to Disneyland as 'guests.' Though the full theatrical terminology ("on-stage," "backstage," "Cast Member") wouldn't come online for years, that idea of guests was certainly a relevation... that maybe Disneyland's purpose was not to wring every cent out of a visitor, but to make them feel comfortable and at home.

Second, the traditional amusement park model relied on competing vendors to lure those "marks" to their rides, games, and food over any others – hence the bright lights, big marquees, and attention-grabbing carnival tricks of the classic amusement park. But one of the best sells was, of course, the "barker" – an employee who would stand along the midway, ushering guests toward their company's offerings. Think, "Hurry, hurry hurry! Step right up! Step right up!"

Disneyland did house lots and lots of vendors during its first decades, when most of the park's restaurants and shops were leased out to partners. But those vendors were integrated into the whole of the park rather than serving as competing parts within it.

Ironically, Disney did end up employing a few carnival barkers... but maybe not in the way you'd expect. When the Enchanted Tiki Room opened in 1963, a "Barker Bird" was positioned outside of the attraction. After all, nothing else could convey to audiences of the 1960s what resided within. (The Tiki Birds, remember, were the first ever Audio-Animatronics.) Of course, the Barker Bird didn't last long, since audiences stopped to gawk at the fantastic feathered creature, clogging the entrance to Adventureland. A barker did make a return to Disneyland, though, when Toy Story Midway Mania opened at California Adventure in 2008, bringing with an Audio-Animatronic Mr. Potato Head, who challenges guests to "Step right up" off the boardwalk to play some carnival games... a historically-accurate idea!