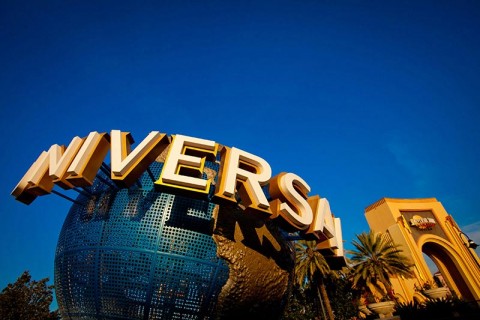 Listen – nobody loves Universal Orlando more than we do. Here at Theme Park Tourist, we recently looked at 12 Universal Orlando Exclusives That Should Make Disney World Fans Jealous; we explored how Universal Express handily beats out Disney Genie+; we sang the praises of Universal’s Islands of Adventure as an industry-changing park, and we lovingly offered four kinds of rides Universal really needs if it wants to match Disney. No one roots for Universal’s success quite like we do, and even if we wonder if Epic Universe may stretch the resort’s resources too thin, there’s no question that the future is bright for Universal Parks & Resorts.

But we also have to face facts. Though there are ways in which Universal clearly provides a better experience than Disney (and that looks to continue given Disney’s current leadership), there are some areas in which Disney just dominates, and probably always will.

Today, we’ve collected four areas in which Disney clearly wins out… and maybe, can't be beat at all, no matter how hard Universal tries. Do you think Universal could ever overcome Disney in these categories? What would it take for Universal to suddenly become a front-runner in these areas?

There’s absolutely nowhere we could begin a list of areas where Disney Parks just can't be beat than the most obvious: Disney IP.

Don’t get us wrong… Of all the quickly-consolidating IP portfolios of mega-conglomerate media companies in the 2020s, Comcast must have the second best. Universal’s catalog of classics (E.T., Jurassic Park, Back to the Future, The Mummy, King Kong, Transformers, Jaws, Fast & Furious, Bourne, and the Universal Monsters) combined with DreamWorks animation (Shrek, How To Train Your Dragon, Madagascar, Kung Fu Panda) and Illumination (Despicable Me, Minions, Secret Life of Pets, and Sing) arms Universal Orlando with incredible properties.

But despite Bob Chapek’s apparent thinking on the matter, it’s so much more than just “franchises” or “acquisitions” or “revenue.” Disney is responsible for the definitive versions of stories and characters that have defined not just animation, but pop culture. The Little Mermaid. Beauty and the Beast. Aladdin. Frozen. The Lion King. Sleeping Beauty. Cinderella.

One of the most fundamental differences between Universal Parks and Disney Parks is as simple as it comes: the work of Disney Imagineering.

Don’t get us wrong… Universal Creative is a design powerhouse in its own right, and draws from many of the same creatives, contractors, and leaders who work with Disney. Both design studios are capable of making the worlds of Avatar, Star Wars, Nintendo, Harry Potter, Cars, The Simpsons, Jurassic World, Frozen, and so many more real, and their modern projects are truly great compliments and companions.

The difference comes down to Imagineering’s origins. As old as Disneyland itself, the first generation of Imagineers were background artists and animators hand-selected by Walt himself to work on the very new kind of project that Disneyland represented. Obviously, Disney’s own films were part of that from the beginning (see Opening Day Originals like Peter Pan’s Flight or the 20,000 Leagues Under the Sea exhibit), but Imagineers also designed entirely original places, stories, and characters…

From Haunted Mansion, Pirates of the Caribbean, and Dreamfinder and Figment, to modern creations like S.E.A., Expedition Everest, TEST TRACK; even “expanded” stories, like the lore of Black Spire Outpost, The Hollywood Tower Hotel, or the Temple of the Forbidden Eye represent Imagineers who are empowered to create something original.

Now sure – it’s been a long time since Disney Parks in the United States have built a major, IP-free attraction, and arguably, rides like Pirates of the Caribbean, Haunted Mansion, Jungle Cruise, Space Mountain, and Journey into Imagination would never get the greenlight today. That’s a real shame considering how each of those has proven that Imagineering Originals can become timeless IPs in their own right, fueling merchandise and media and fandom.

It makes sense that “originals” are rarer at Universal, which got into the theme park business during the "Ride the Movies" era as a “studio park,” briefly did something different (but still “franchise” oriented) with Islands of Adventure, then promptly returned to movie-related things. Universal's most recent park – Universal Studios Beijing – is laid out like an "Islands" park, but is stuffed exclusively with blockbuster movie lands – Despicable Me, Transformers, Kung-Fu Panda, Harry Potter, and Jurassic World.

In Orlando, both Port of Entry and the Lost Continent at Islands of Adventure are “originals,” but between them, only one attraction – the Declassified Disaster: Poseidon’s Fury – remains as an example of a park-original “IP.” It would be great if Universal generated more in-house “content” to populate its parks outside of Halloween Horror Nights. Until then, those historic, “original” Disney rides remain among Disney’s strongest and most iconic… proof of just how important thinking outside the box office can be.