8 Fascinating Ways Disney Parks Were Crazy Different in the 90s 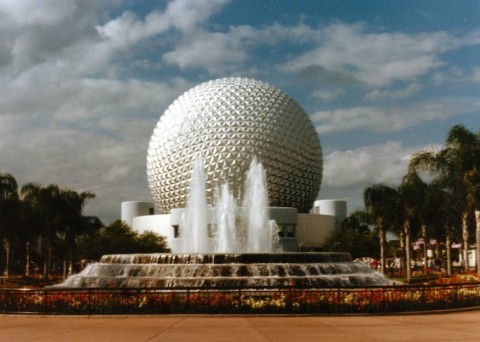 Disney parks are designed to feel timeless, but that hasn’t made them immune to change.

In the last few years alone, we’ve seen some remarkable shifts at Walt Disney World and Disneyland—many of which we never saw coming. The retirement of free Fastpasses, the introduction of Parks Pass Reservations, the end of the Disney Magical Express… these are easy to spot because they happened abruptly.

In truth, Disney parts have always been in a perpetual state of change due to shifts in time and culture. Nostalgia plays a powerful role in Disney magic, and many guests frame their visits through memories of vacations from decades past. Taking a wider view stretching all the way back to the 80s, 90s, and 2000s, some of the shifts that have taken place are so dramatic, younger guests may not realize just how different the parks are now.

What are some of the ways Disney parks are crazy different from decades past? We’ll use the 90s as our lynchpin, but really these apply from the late 80s to mid-2000’s. A few are changes we’ve welcomed while others spark fond memories of things we miss…

1. Flash photography on rides was a BIG no-no

There are few things more distracting during a dark ride than the flash of a camera or a floating phone screen. While photography lights on rides are annoying to most people, they’re particularly aggravating to guests who experienced Disney parks in the 90s.

The reason why is that photography of any kind on rides was major no-no.

Most Disney rides in the 80s to early 2000s discouraged ride photography of any kind for several reasons. The most obvious was to discourage flash photography. Cameras back then didn’t do great with low light, and guests wanting to snap pictures on dark rides like Spaceship Earth, Pirates of the Caribbean, or Horizons often tried to use flash photos to get better pictures.

The result was regular strobes of bright light breaking the illusion of rides. The problem was so significant that Disney would regularly stop rides mid-track if they saw too many photo flashes, then loudly announce over the speakers that flash photography was prohibited. In cases of extremely stubborn guests who ignored the warnings, they might even stop the ride, turn on the lights, and send a cast member in to warn the guest or confiscate the camera.

The other reason for the extreme policy on photography had to do with keeping secrets—Disney Imagineers worked carefully to ensure the secrets of their ride technology remained well-guarded, and they didn’t want to risk guests taking repeated photos or video on rides being employees of rival companies. This may seem odd in today’s time when that sort of information—even detailed ride videos—is freely available online, but before the internet, the ride photography ban was a big deal. While I am glad we can now take discreet ride photos and videos to enjoy, I will admit there are times I definitely miss that strict flash photography ban.

2. Everyone had to be a master strategist

This is one area where we’ve seen a resurgence following the pandemic closures—in the days before free Fastpass and Genie+, trip-savvy Disney guests had to become expert strategists to learn how to catch the shortest lines at Disney parks.

This trend carried on even through the Fastpass days, but it was particularly pronounced in the 80s and 90s. Knowing how to avoid busy seasons and the worst lines was a big deal. With standby queues as the only choice, guests either planned smartly for their trips or found themselves at the mercy of crowds.

To avoid the nastiest lines, guests in the pre-Fastpass day used guidebooks and expert advice to carefully time vacations, form personal touring plans, and catch each ride at the ideal time of day. I remember our elation when tip boards with ride times were finally introduced—we didn’t always have those. You gambled a lot, hoping that your data was accurate and your efforts to put in some extra walking to zig-zag through parks would pay off in less time in queues.