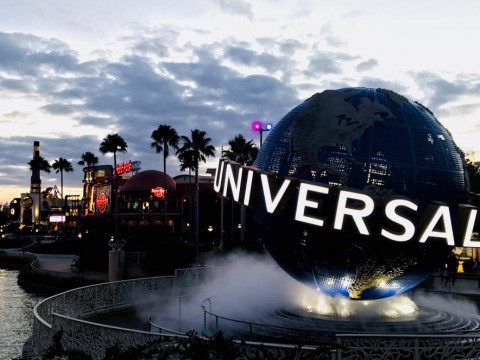 Early Park Admission at the Universal Orlando Resort can either be your best friend or your worst nightmare. For some first time visitors of the resort (or returnees hoping to navigate the morning chaos a bit more successfully), Early Park Admission offers an opportunity to beat the crowds and hop on some big ticket attractions before the queues get too long. Here are some tips to a successful and relatively low-stress Early Admission.

Early Park Admission is the Black Friday of theme parks. As soon as people have entered the gates, some tend to sprint (yes, sprint) to the attractions of their choice. Please don't be that person. Instead, plan ahead of time what your goals are for the morning. Prioritize attractions with usually long wait times such as Hagrid's or VelociCoaster and head straight there once you've entered the park. If you aren't interested in competing with other Early Park visitors, consider visiting older attractions such as the Forbidden Journey or Hulk, as they tend to have short wait times during this period. Check the Universal Orlando app ahead of time to be sure of what attractions are available to ride during Early Park Admission and what time the gates open.

Early Park Admission is only an extra hour. It's impossible to ride everything in the park during that time. If you're starting your day at Hagrid's (and sometimes VelociCoaster), you likely won't have much of your Early Admission left after exiting after your ride, so if you're hoping to get the most out of your early morning mission, consider sticking with other attractions. If that's not important to you, definitely make use of your time to get a good spot in Hagrid's queue! If you're visiting the park for more than one day, consider utilizing the Early Park benefits to try all the rides you'd like to do--don't put it off until the last day of your trip or else you'll risk having a bad experience! Give yourself time and don't rely solely on good luck.

This may sound nitpicky to some, but save yourself the embarrassment and scornful looks from strangers first thing in the morning. Not to mention, team members are known for stopping runners on sight due to safety concerns and slowing their progress anyway. You'll still have plenty of time to make it to VelociCoaster with your dignity in tact, I assure you.

4. Consider Making it a Leisure Visit

If you're not too thrilled by the idea of waiting in line for big attractions first thing in the morning, I wholeheartedly recommend taking your time and enjoying the parks at your leisure. Instead of speed-walking to whatever ride you've got on your list, perhaps stop by a coffee shop or bakery and grab some breakfast while enjoying the scenery. I personally love sitting and watching Hulk and Velocicoaster's launches from Port of Entry just outside Confisco's while sipping on a coffee from Croissant Moon Bakery. Since the Orlando sun hasn't quite heated the parks yet, it makes for a pleasant and low-stress morning.

Assuming you've taken these tips to heart, you haven't waited until the last day of your trip to try Early Park Admission. If you don't get in everything you want to do, you'll have another shot the next morning. If the crowds are overwhelming or the weather isn't great, there's no shame in calling it early and returning to the hotel for another hour or two of sleep!

Early Park Admission can possibly give you the edge over other park goers, but it's by no means a mandatory endeavor. Some people sincerely dislike the hassle of Early Admission while others swear by it. Whatever your opinions on it may be, there's always something for everyone during that one hour opening, whether it be thrilling rides or a fresh baked pastry.