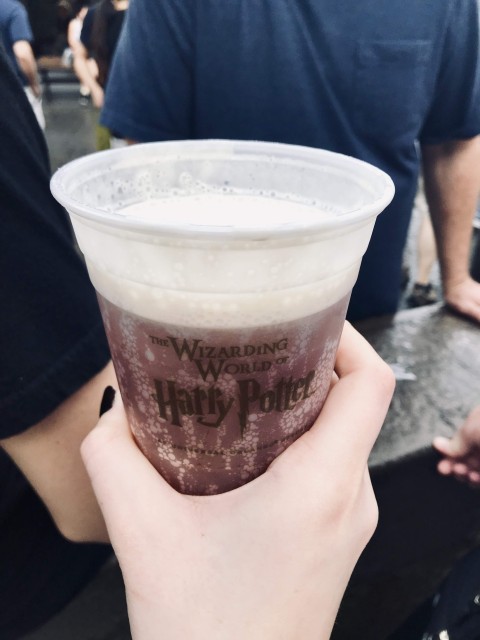 Cooling off in the middle of the Orlando summer can be a challenge, but luckily the local theme parks have plenty of cold and refreshing treats available to help you beat the heat.

From ice cream to tasty beverages, here are five refreshing treats you can enjoy this summer at the Universal Orlando Resort.

Diagon Alley plays host to a number of Harry Potter-themed shops and restaurants. Though it’s usually pretty crowded, consider dropping by the ice cream parlor near the fire-breathing dragon at the end of the alley. The parlor features a variety of interesting flavors such as chocolate chili, strawberries and cream, apple crumble, and even butterbeer! 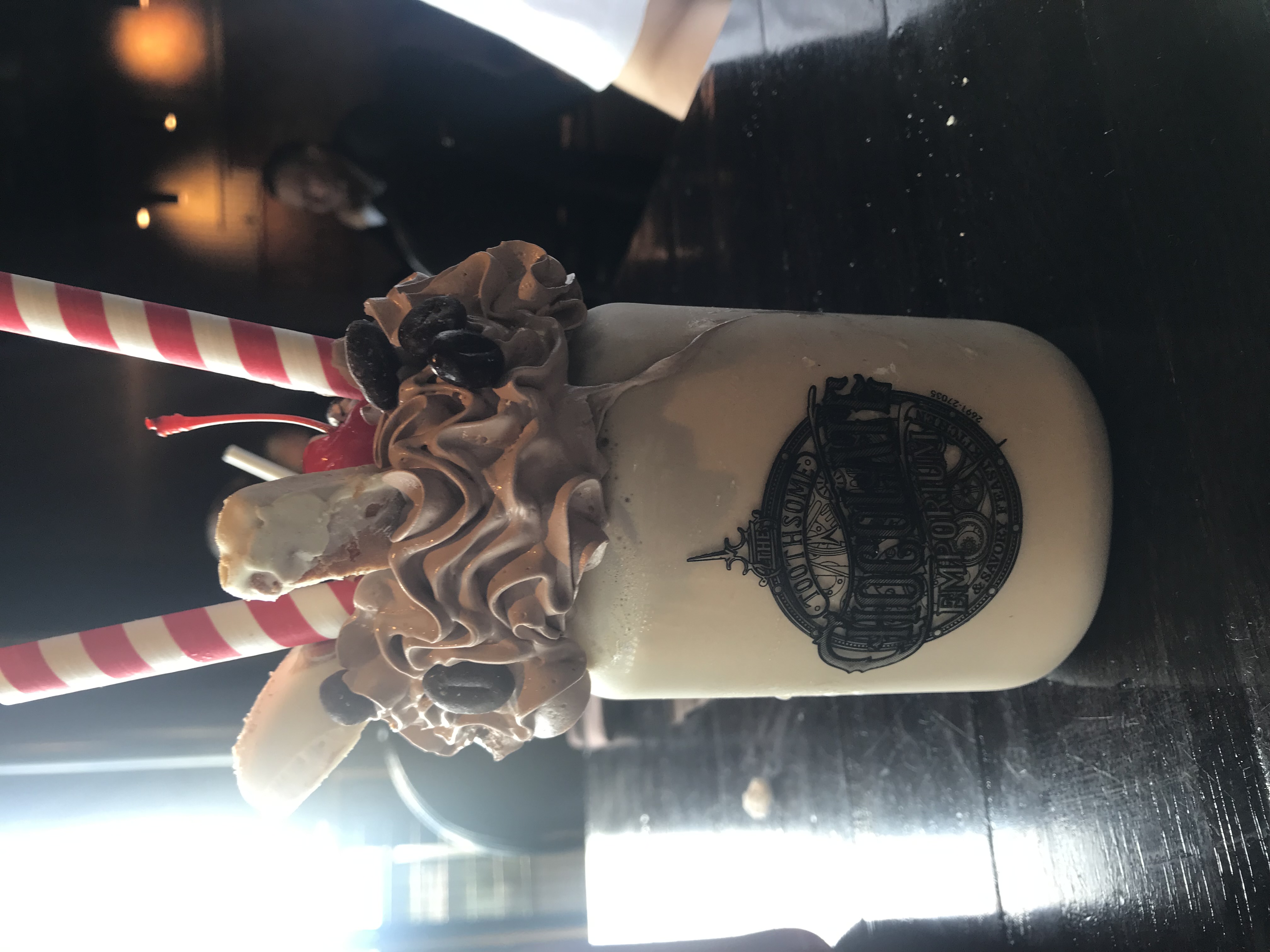 If you’ve ever been to the Universal Orlando Resort, then you’ve no doubt seen the impressive facade of the Toothsome Chocolate Emporium illuminated across CityWalk’s lagoon. If you haven’t seen the extravagant milkshakes served up at Toothsome in person, you’re definitely missing out. For coffee lovers, I recommend the Espresso Buzzzz milkshakes. It’s not quite as rich in flavor as some of the others on the menu, so you can still return to the park and ride after dinner without a stomachache!

This one is a bit of a hidden gem. In the Springfield area of Universal Studios stands the iconic Lard Lad statue, proudly displaying a large donut for all to see. The Big Pink is, as the name implies, a large pink donut covered in colorful sprinkles. It’s delicious enough on its own, but adding some creamy soft serve ice cream and a topping of your choice makes it a tasty and refreshing summer treat the whole family can enjoy. 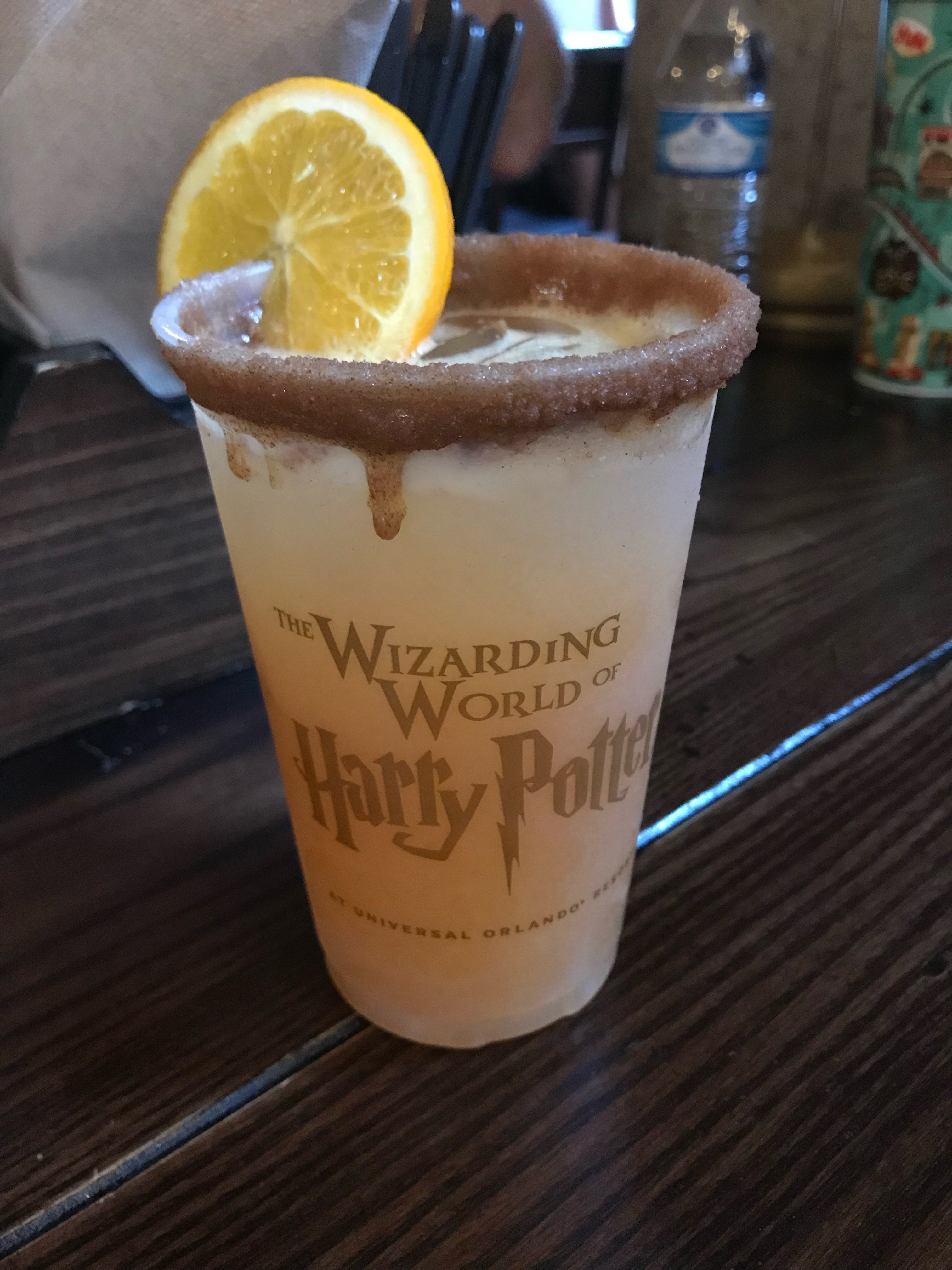 These unique beverages can be picked up in Diagon Alley’s Hopping Pot just outside Weasleys’ Wizard Wheezes. Fizzy Orange Juice is a carbonated orange-flavored drink with a cinnamon sugar rim and an orange slice while Fishy Green Ale has somewhat of a minty vanilla flavor, is served a wide straw to help with sucking up the “fish eggs”-- blueberry popping boba–at the bottom of the cup. 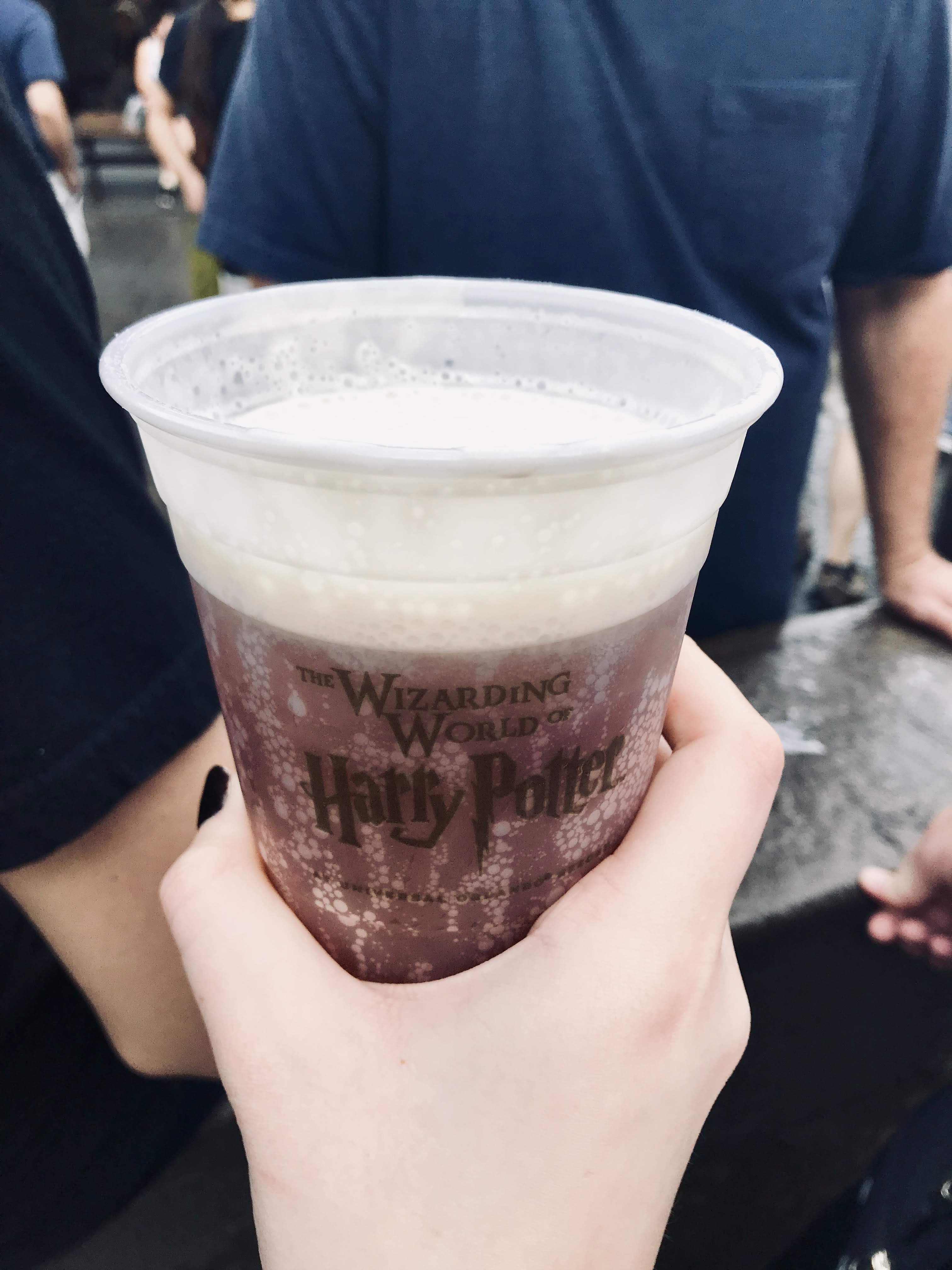 It wouldn’t be a Universal snack list of it didn’t feature the iconic Harry Potter drink! Butterbeer is a fan favorite and rightfully so, with the variety of ways it can be served. Visitors can choose between a hot, cold, and frozen butterbeer and enjoy the delightfully creamy taste on a hot summer’s day.

Universal Orlando is a great place to try all sorts of new sweet snacks to keep you cool during the hottest months of the year. Have you tried all of these treats? Did I miss any of your favorites? Be sure to let us know what your favorite summer treats at the Universal Orlando Resort are!