Coaster Rollbacks - How Do They Happen and Should You Be Worried? 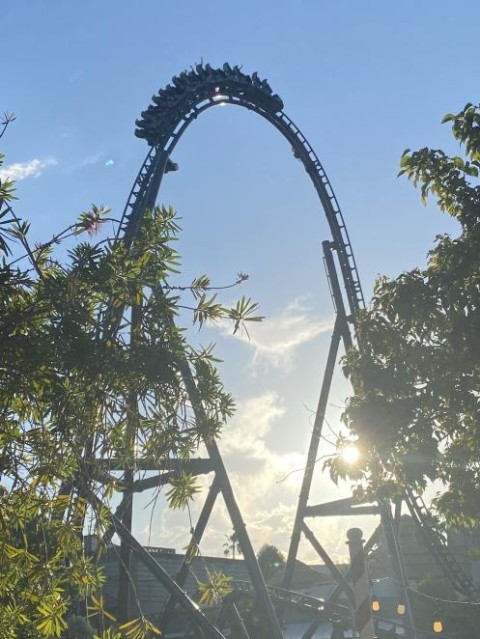 Roller coasters are some of the most thrilling rides guests can enjoy while roaming a theme park. Although many guests find coasters much too scary to tackle, there are just as many visitors eager to wait in line first thing in the morning to try it out for themselves. Each year, new coasters open worldwide, pushing the limits of technology to make the most exciting ride imaginable. The combination of maneuvers each train goes through makes the tracks unique experiences for coaster enthusiasts everywhere.

One specific roller coaster element that has been gaining popularity recently after first appearing on track layouts in the early 2000s is what is known as a top hat maneuver, during which a coaster train is launched at high speeds, scales a tall hill, and experiences a near vertical drop down the other side in a matter of seconds. Some noteworthy coasters that feature this unique element are Icebreaker at SeaWorld Orlando, Kingda Ka at Six Flags Great Adventure, and VelociCoaster at Universal's Islands of Adventure. The top hat maneuver is a must-do for those adrenaline junkies out there looking for a new thrill, offering riders heart-stopping speeds and unmatched airtime, but a little-known side effect occasionally rears its head on rides like these.

This side effect is what has become known as a rollback. Sometimes, the coaster train is unable to gather enough speed to clear the top hat and slides back down the hill. As terrifying as a drop backwards down such a tall hill is, rollbacks are an entirely safe and expected attribute of a top hat maneuver. All coasters who feature this element are equipped with brakes to slow the train after its descent from the hill to prepare for another launch attempt.

So, what are the chances of experiencing a rollback yourself?

For those with a weak stomach, rest assured that rollbacks are much rarer than a successful scaling of the hill, and typically only occur during unusual conditions such as extra windy days or chilly weather--a rarity in Central Florida, especially during this time of year--that result in a weaker launch than usual. so if you're trying to work up the nerve to take a ride on VelociCoaster this summer, the chances of experiencing a rollback are slim--and if you are fortunate enough to experience this rare occurrence, you'll have an extra thrilling memory to return home with--so sit back, relax, and enjoy that extra launch!