The 6 Most Awkward (And Inevitable) Moments in Every Disney Vacation 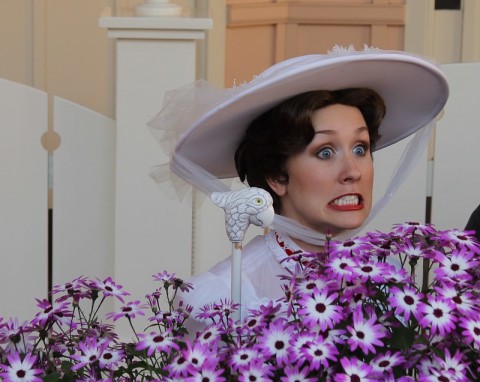 Most of us have the reasonable expectation that a Disney vacation isn’t going to look like the commercials: a non-stop parade of magical thrills, shopping sprees, and pixie-dust sprinkled meals where the kids spend all day in giggles and glee while contented parents watch with starry eyes beneath mouse-ear crowns…

Yup, you’re not the only one who isn’t living that Instagram life.

Even the most amazing Walt Disney World vacations include some hiccups and uncomfortable moments. Kids might scream and hide from your favorite childhood character. Sticker shock can put a sour seasoning on your dream meal. Long queues, aloof crowds, and sweltering temperatures to match the surface of Venus can all sweat magic out of even the best Disney day.

Indeed, there are some truly uncomfortable moments that just seem inevitable in every Disney vacation. Seasoned visitors either learn to shrug them off or develop simmering pet peeves around them. It would be a challenge at best to build an exhaustive list of these, but if you’ve spent any amount of time at The Most Magical Place on Earth, you’ve probably experienced at least a few of these galactically awkward Disney moments…

1. The beep of shame

The beep of shame actually inspired the creation of this list… mainly because I have found myself sounding its ignominious call more times than I can count.

The scenario usually goes like this: you pull into the parking lot for your Disney day bright-eyed and bushy-tailed, ready to hit the parks as soon as possible. Maybe you arrived early but cut it dangerously close if you hope to pass the turnstiles in time for rope drop. The pressure is even higher if your party is raring to go—more so if you have kids bursting at the seams with excitement. You park, grab your gear, and make a dash for the tram or the entrance.

In your excitement, you don’t realize you’ve set yourself up for a painfully awkward evening… because you didn’t pay attention in the slightest to where you parked.

I largely avoided this scenario in my younger years since we would usually visit Walt Disney World from abroad and relied on Disney transportation to get to and from the parks. That all changed when we moved to Florida and became Passholders. I don’t know what part of my brain leaks out of my ears the moment I pull into a Disney parking lot, but despite having literally written full guides on how to not-lose-your-car at Walt Disney World, I frequently forget to take note of where we parked.

Sometimes this is just due to haste or the fragile lightning bolts of my thoughts not making the jump from synapse to synapse in the face of a long-awaited Disney day. Other times, I’ve made actual efforts to prevent the scenario, like asking Google to remember where I parked or snapping a quick picture of a parking sign. On these latter occasions, Murphy’s Law periodically kicks in to make sure my efforts fall void: Google develops a sudden case of amnesia and thinks I’m parked in Tampa or the picture I thought I took turns out to be a figment of my imagination.

The end result is the beep of shame--joining the chorus of lost souls wandering Disney parking lots, haplessly raising key fobs to the sky (or pointing them at our chins to turn our skulls into signal boosters), clicking our panic buttons forlornly while we roam endless aisles of silver minivans and rental sedans. Our common bond is the distant echo of our car alarms, a siren call always so close and yet impossible to locate as we drift through the asphalt wastes, hoping some compassionate cast member might scoop us up in a golf cart before we all turn into pumpkins at midnight.

Don’t make our mistake. Take a breath when you get out of the car and take that picture of your parking row number… and the section sign… and log your GPS coordinates. Don’t leave your fate to the beep of shame.

Maybe you avoid the beep of shame, but another gauntlet of potential complications lies ahead before you can pass those silvery gates into the park: the security check.

Humor aside, Disney actually does a fantastic job with their security stations. They made some excellent strides both before and after the pandemic closures to streamline security screening while ensuring the parks stay safe. In most cases when we’ve visited, the vast majority of our party isn’t even stopped thanks to the new scanning technologies in place.

Unless you’re that guy… or gal… or me…

I seem to have hit-or-miss luck being the one person in our party who is inevitably flagged for a thorough bag search at Disney security gates. This usually isn’t anyone’s fault—I’m often the member of our party who has a shoulder bag capable of carrying supplies needed for the day. I also tend to frequently draw the curiosity of security guards curiosity when I arrive at Disney’s Hollywood Studios dressed like an intergalactic smuggler ready to take the Millennium Falcon on another coaxium run for Hondo Ohnaka.

Yay for Disney’s flexible Star Wars cosplay rules—boo for usually being the one to slow our whole party down while security thoroughly searches every inch of my bag and belt pouches.

This particular awkward, inevitable moment doesn’t usually bother me, but I know it’s a major pet peeve for some Disney regulars. It can get particularly uncomfortable if you’re the sole bearer of your party’s gear and the security attendant decides it’s necessary to remove and inspect every single item in your possession to ensure your power block isn’t an ammo clip or your baby bottle warmer a curiously whimsical bomb.

There are a number of tricks you can try to reduce your chance of getting flagged for a security screen, such as keeping any power blocks in your hand instead of in your bag and packing light, but for some of us, every trip through security is doomed to be a roll of the dice. In the end, I just do my best to smile and appreciate that the guy keeping me from getting into the park expediently is willing to endure far more awkwardness throughout his day to keep folks safe. A good trade in the end.

How about those accidental confrontations? They can get weird… really weird… like laser-beam-eye-contact weird...