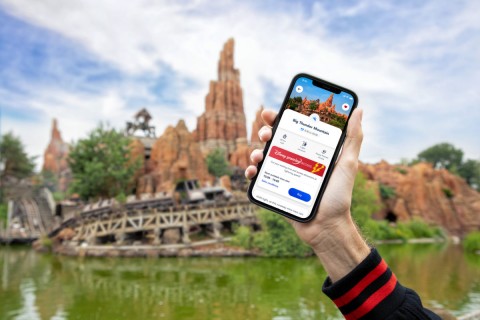 No one likes to wait. And for the last few decades, Disney Parks have been experimenting with not just how to get guests to do less of it, but who those lucky few should be… Once upon a time, Disney’s patented FastPass system gave all guests the chance to gain priority boarding at popular rides… and at no additional cost! Though it now seems like a folksy throwback to a simpler time, the idea that skipping the line could be available to all – and “free” – was a defining factor of a day at Disney Parks… until it wasn’t.

Today, we’ll take a whirlwind tour of the six Disney Resorts on Earth to see the unique line-skipping system at each. Balancing guest service, operations, and – of course – revenue, each Disney Resort has developed its own system for skipping the line… From pay-one-price, one-time-anytime-access to ride bundles, virtual queues, and a la carte upcharges, it turns out that if you’ve been to one Disney Park, you really haven’t seen ‘em all… Which line-skipping system do you think is best? We’ll leave you to debate in the comments below…

As for where to start, though we might often attribute the end of Disney’s equal-access, included line-skipping to an unexpected “tabula rasa” post-COVID, don’t misunderstand: Disney was dabbling with paid-for line-skipping long before 2020…

When Shanghai Disneyland opened in 2016, Disney quickly learned that adapting to Chinese culture would take some trial and error. Much of the built infrastructure of the resort looked like every other Disney park, but hadn’t taken into account how China’s emerging middle class and their evolving customs would actually use it. Social media quickly picked up on guest behaviors Westerners generally wouldn’t expect – like guests selling knock-off merchandise in the park, children using planters as toilets, and continuous instances of blatant line-cutting.

Another issue? FastPass. Though the park initially offered the same paper FastPass system you could find in every other park, reports quickly surfaced of guests reselling their unused FastPass tickets for around $15 a pop. Though the "fine print" of FastPass expressly forbid reselling, there was clearly a market for "selling" each ride's priority access capacity slots... But if anyone was going to make money off of FastPass access, it was going to be Disney.

In 2017, Shanghai Disney launched Disney Premier Access. Rather than securing a return time, Premier Access allowed guests to purchase a la carte, one-time entry through the FastPass queue for $17 to $21 per ride, or to recieve one-time access to seven of the park’s FastPass-equipped rides for a $70 – $85 bundle.

Given that the "anytime" entry – with no need for rolling reservations or return windows – was Premier Access' perk, it makes sense that the system could co-exist with FastPass (see first screenshot, above), and for once-in-a-lifetime visitors, it was arguably even worth the price. (Imagine how much better you'd sleep the night before a Shanghai Disneyland visit knowing you had basically guarunteed yourself one FastPass access to TRON, Pirates, Peter Pan, Roaring Rapids, and more, anytime you were ready to ride them.)

Shanghai Disneyland re-opened in May 2020 after a multi-month closure due to COVID-19. In the months that followed, operational changes came and went. Among them, FastPass quietly disappeared in July 2020, leaving only the Premier Access system to bypass Standby waits. Shanghai Disneyland is about to emerge from its most recent multi-month closure. So far, Disney hasn’t released any information about tickets or add-ons… but it seems pretty certain that free FastPass won’t be on the menu.

So think about it: how would you like it if this idea – “Premier Access” offering a la carte, one-time access to a single ride for a variable price, or a high-cost bundle for one-time, anytime access – was the norm at your home park? Hmm… And we’re not done yet.

In 2018 – back when FastPass was FastPass, and there appeared to be 0% chance of that changing – Disneyland Paris introduced a very unusual test...

Disney Access One. Using Dash from The Incredibles as its mascot, this service cost a flat €15 (about $16) for one person to gain one anytime-access entry to one ride’s FastPass queue. It was an interesting test… But one thing it clearly got wrong was that every ride was offered a la carte for $16 per person – whether a headliner like Big Thunder Mountain or a B-Ticket like the Magic Carpets of Aladdin – with no variable pricing and no bundles. (What family of 4 would drop $64 on a single line-skip on Autopia, especially with free FastPass still available?)

In retrospect, it’s easy to see that Access One would eventually evolve into Individual Lightning Lane back in the states, but in 2018, Paris’ Access One only lasted a few months. It wasn’t the end of upcharge priority boarding, though. A few months later, the next iteration debuted.

While still offering regular ole paper return ticket FastPasses, the resort launched Super FastPass – a paid bundle with one-time, anytime access to three pre-selected rides. For $30 to $50 (depending on the time of year), guests could pick either the Family bundle (Ratatouille, Peter Pan’s Flight, and Buzz Lightyear) or the Big Thrill bundle (Space Mountain, Rock ‘n’ Roller Coaster, and The Twilight Zone Tower of Terror) – 3 rides, essentially breaking down to $10 to $16 each.

For $70 to $100 per person, you could opt for the Ultimate FastPass bundle, providing one-time or unlimited access to all six of the Super rides, plus Big Thunder Mountain, Star Tours, and Indiana Jones and the Temple of Peril – basically breaking down to $7 to $11 per ride. As a counterpart to the regular FastPass system, Paris’ upcharge packages made sense. Unlike Disneyland and Walt Disney World – which can command multi-day visits – most guests to Disneyland Paris tend to be tourists focused on the City of Lights who merely take the train to Marne la Vallee for a day trip. So getting everything done in one day is an attractive offer.

Like all Disney Parks, FastPass disappeared post-COVID. In June 2021, its replacement was announced: Disney Premier Access. Essentially reverting to a la carte, one-time, anytime access to the former FastPass rides, Premier Access at least offered variable pricing: €8-€15 depending on the ride.

All things old became new again when, in 2022, Disney announced Disney Premier Access Ultimate, with one-time, anytime access to the nine rides that FastPass Ultimate included, plus Cars Road Trip, Phantom Manor, and Crush’s Coaster. Starting at €90 ($93), the bundle isn’t cheap. Though the sticker price is the highest yet, technically each ride works out to less than $8.

So stop and think about it: Here’s another Disney Park offering “Premier Access” with each ride’s former-FastPass queue bought separately (or as part of a high-cost bundle) and again, no return times needed – just one-time, anytime access.

More to the point, for that price, you get the comfort of knowing you’ve got one-time priority access to all 12 major attractions at the resort with no pesky return windows, early wakeups, exceptions, or upcharges… And not every resort can say that… Which leads us to...